Newborns with opioid withdrawal fare better when cared for by mom 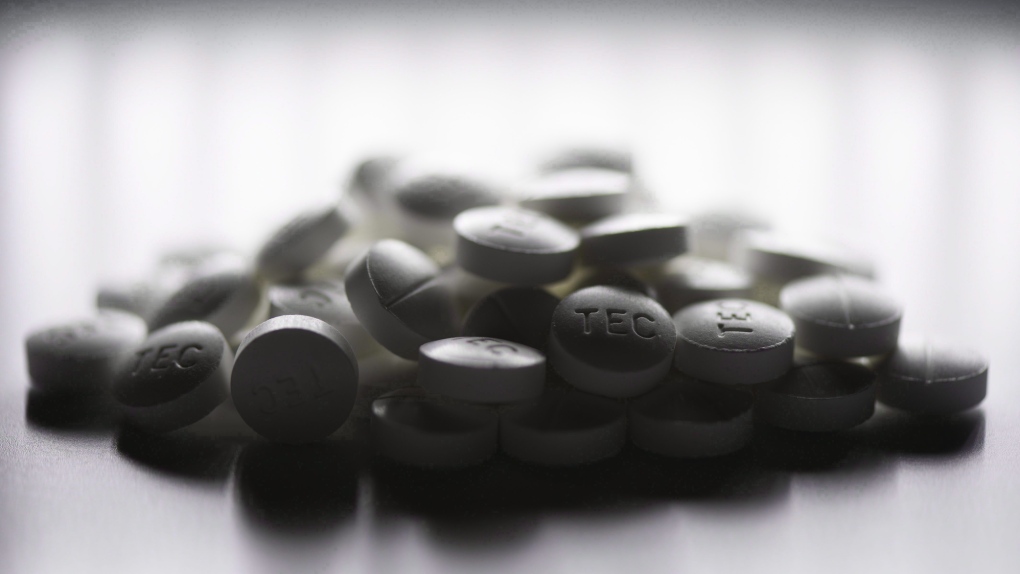 TORONTO - With the opioid crisis leading to a rising number of babies suffering withdrawal symptoms from exposure to the drugs while in the womb, the Canadian Paediatric Society is issuing recommendations to doctors and hospitals on how to better care for these vulnerable newborns and their mothers.

The CPS released a guidance document Thursday advising that babies with neonatal abstinence syndrome and their mothers should room together in hospital when possible, rather than the baby being sent for treatment to the neonatal intensive care unit, or NICU.

"Weeks of separation can be harmful to early bonding and attachment and risks making a bad situation worse for both mothers and their babies," said Dr. Thierry Lacaze, chair of the CPS fetus and newborn committee and primary author of the practice document.

"Keeping mothers and their infants together has been shown to lower NICU admissions, promote breastfeeding, shorten hospital stays and decrease the need for prescription drugs."

In 2016-2017, about 1,850 babies were born after being exposed to addictive drugs taken during pregnancy by their mothers, a jump of 27 per cent from 2012-2013, data from the Canadian Institute for Health Information shows. A large proportion of these neonatal abstinence syndrome cases were attributed to withdrawal from opioids like oxycodone, hydromorphone and fentanyl.

Lacaze, head of the neonatal program at the University of Calgary, said babies typically begin experiencing withdrawal from in-utero exposure to the powerful narcotics within 12 to 24 hours after birth, exhibiting such symptoms as extreme irritability and problems with feeding and sleeping.

"In the worst-case scenario, those babies can even develop seizures," he said.

About 50 to 75 per cent of infants born to women on opioids will need treatment for withdrawal. Traditionally, morphine has been used, with clinicians administering increasingly smaller doses over time until a baby is completely weaned off the replacement drug.

But having a rooming-in program that keeps mothers and babies together can significantly reduce the proportion of infants who need to be treated with morphine, as breastfeeding will provide a small amount of the drug, helping to control withdrawal symptoms, Lacaze said from Calgary.

"It's really working during the first few hours after birth to ensure that breastfeeding starts to be established, that babies stay with mom skin-to-skin in a quiet environment," he said. "And it's really amazing - it works.

"It's really a paradigm shift."

Neonatal abstinence syndrome occurs in babies born to mothers who take illicit opioids, those taking them for pain control and women who are being treated for substance use with methadone or buprenorphine.

"The worse part of it that I observe is how inconsolable these babies are," Dow said from Kingston. "They cry and cry and cry."

The hospital had traditionally admitted newborns with the syndrome to the NICU, but in 2013 a rooming-in program was begun and two years later a study comparing outcomes of the two methods was published in the American Journal of Perinatology.

A 2014 CPS survey found that 52 per cent of neonatal units across Canada had created rooming-in programs for mothers and babies affected by opioid withdrawal, and the pediatrician group is encouraging more hospitals to adopt the model of care.

"I think it's crucial," said Dow. "I really think it is the most important part of the management of these babies."