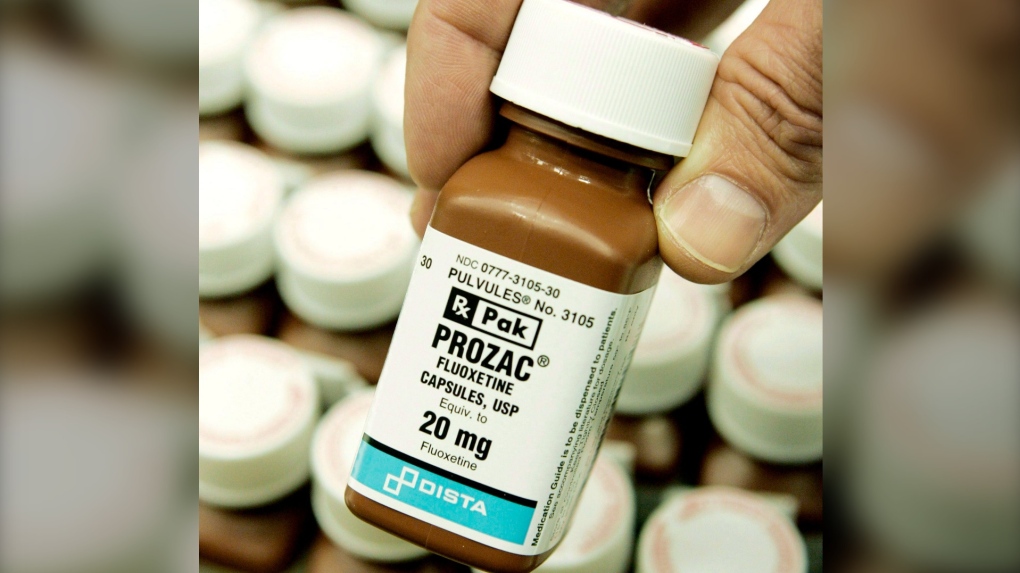 A bottle of the anti-depressant Prozac is pictured in Plainfield, Ind., Jan.11, 2008. THE CANADIAN PRESS/AP/Darron Cummings

TORONTO -- A team of Ontario researchers says their latest study could help pave the way for different approaches to treating depression.

The study -- completed at McMaster University's Brain-Body Institute and published this week in Scientific Reports -- concluded a common class of antidepressants works by stimulating activity in the gut and key nerves connected to it rather than the brain as previously believed.

The research focused on Selective Serotonin Reuptake Inhibitors (SSRIs), a type of antidepressant that's known to benefit patients but whose functioning is little understood by the medical community.

The McMaster researchers spent nearly a year testing SSRIs on mice in a bid to solve the puzzle.

They found that mice taking the medication showed much greater stimulation of neurons in the gut wall, as well as the vagus nerve that connects the gut to the brain. Those benefits disappeared if the vagus nerve was surgically cut.

Study co-author Karen-Anne McVey Neufeld says the findings suggest the gut may play a larger role in depression than previously believed and the latest research hints at new treatment possibilities in the future.

"It opens the door for examining the gut and the continuous communication that happens between the gut and the brain," McVey Neufeld said in a telephone interview. "That allows us to broaden the search for therapeutics to treat depression and other psychiatric diseases."

McVey Neufeld said the scientific community has long concentrated on the brain when focusing on SSRIs, the most commonly prescribed form of antidepressant.

Previous theories, she said, suggested the drugs worked by adjusting serotonin levels in that part of the brain.

But about 90 per cent of the human body's serotonin is actually produced in the gut, an area of increasing focus among medical researchers around the globe.

McVey Neufeld said past study has also uncovered the fact that stimulating the vagus nerve can be an effective treatment for some people struggling with depression.

She said the idea for the study came from combining these two facts, and the results seem to support the existence of a connection.

The study suggested not all forms of antidepressants work by interacting with the gut and its associated nerve. Researchers found that another class of antidepressants known as noradrenaline reuptake inhibitors did not have the same effect on the vagus nerve.

McVey Neufeld said McMaster's researchers are now concentrating on other roles the gut may play in psychiatric health, including identifying specific bacteria that could help or hinder such conditions.

This story from the Canadian Press was first published on Oct. 4, 2019.