New form of coronavirus from China reported in Japan 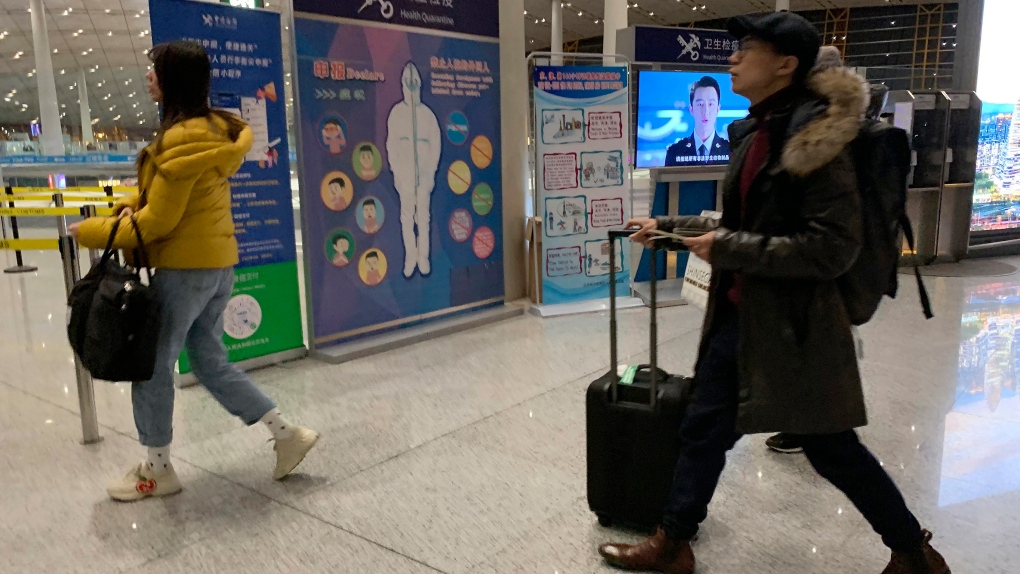 In this Jan. 13, 2020, photo, travelers pass by a health checkpoint before entering immigration at the international airport in Beijing. (AP Photo/Ng Han Guan)

TORONTO -- A new form of coronavirus that has infected dozens of people in China has spread to Japan, but officials say the patient has since recovered.

Japan’s health ministry confirmed the country’s first case of the infection Thursday, according to multiple media reports. The patient was identified as a Japanese man in his thirties who recently travelled to Wuhan, a city in central China where the pneumonia-like virus was first identified.

According to Nikkei Asian Review, the patient was discharged Wednesday after spending six days in hospital.

The World Health Organization (WHO) has issued international warnings about what it calls “the novel coronavirus.” Early evidence has linked the virus to a seafood market in Wuhan, where several infected patients worked and were in direct contact with animals. Following the discovery, the market was shut down and sanitized.

So far, 41 cases have been confirmed and one patient has died, but the WHO said that patient had “serious underlying medical conditions.”

Symptoms include fever, with a few cases involving difficulty breathing.

The Japanese case is the latest sign that the virus may be spreading. Earlier this week officials in Thailand confirmed that a 61-year-old Chinese tourist was hospitalized with the virus. She is also recovering.

Canada’s Public Health Agency said Tuesday that it considers the likelihood of an outbreak in Canada to be low.

Even so, the federal agency has issued a travel warning for Wuhan advising tourists to avoid contact with high-risk areas such as farms, live animal markets, areas where animals may be slaughtered or surfaces with animal droppings or secretions.

On Sunday, China identified the genetic sequence of the virus, a step that the WHO says “will be of great importance for other countries to use in developing specific diagnostic kits.”