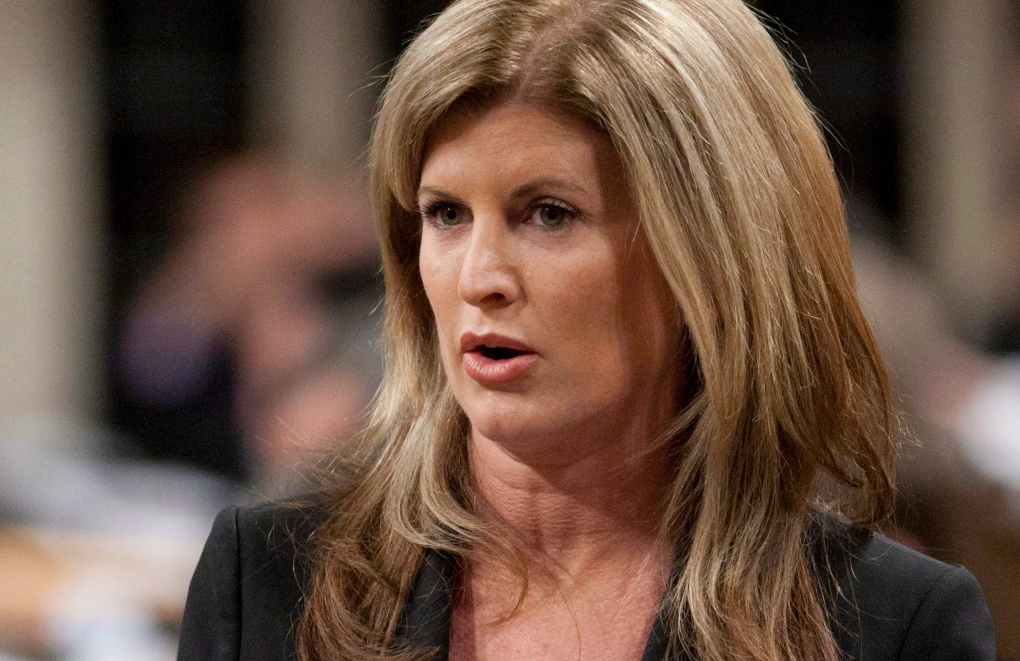 MP Rona Ambrose responds to a question during Question Period in the House of Commons in Ottawa, Thursday, Sept. 27, 2012. (Adrian Wyld / THE CANADIAN PRESS)

BANFF, Alta. -- Citing the "impending boom" of a dementia health-care crisis, Health Minister Rona Ambrose and her provincial and territorial counterparts agreed Wednesday to work together to develop a national strategy to fight it.

Ambrose called the announcement "early stages," but she added it's good news as the country prepares to deal with a crush of dementia cases as the population ages.

Currently, almost 750,000 Canadians suffer from dementia. By 2031, the number is expected to almost double to 1.4 million.

"What all of us have acknowledged is the impending boom of the dementia issue and crisis coming down the pipeline for health-care systems to deal with; we know it's coming," Ambrose told a news conference.

While some provinces already have dementia strategies, Ambrose said there's now a commitment to bring research and best practices together and present them at the next meeting of the health ministers.

"At the end of the day, what we know is awareness is crucial, research is essential and both of those are happening ... but also, care, the best care possible. And we know good research and good best practices then inform the best possible care. So that's where we'll start."

Canada is the only G7 nation without a national dementia strategy, even though it pledged last year alongside other G8 countries --the group at the time included Russia -- to find a cure or treatment for Alzheimer's by 2025.

Ambrose, who arrived in Banff amid a growing call for a national strategy, recently announced $31.5 million in funding for Alzheimer's research.

Since 2006, the government has invested more than $860 million in support of neuroscience research, earmarking $182 million for the prevention, diagnosis and care of dementia. The 2014 federal budget also committed new funding for research into age-related neurodegeneration.

Alberta Health Minister Stephen Mandel said the provinces and territories are determined to help families deal with dementia, adding that families devote "millions and millions" of hours caring for those who suffer from the disease.

"It really is about making sure that people have better lives in dealing with this tragedy," he said.

"It's a recognition that dementia and Alzheimer's, the number of people with it, the help they need, and the research we need to do is a serious crisis that we need to address collectively."