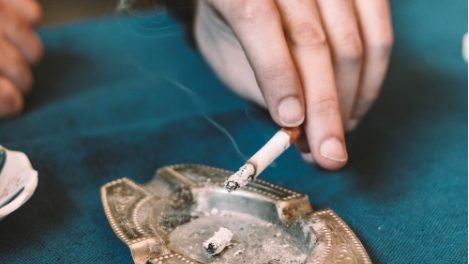 Women and girls who had grandfathers or great-grandfathers who began smoking cigarettes at a young age tend to have more body fat, according to a new U.K. study that used data from a multi-generational, decades-long research project called “Children of the 90’s.”

The new study from the University of Bristol had researchers put to the test whether exposure of males to certain chemicals before conception of an offspring could have effects on said offspring, in this case, whether prepubertal cigarette smoking by male ancestors would affect participants in the “Children of the 90s” study, which encompasses thousands of subjects.

The original cohort of the “Children of the 90’s” study were 14,000 pregnant women who agreed to take part in the research plus their children and grandchildren. The project has just hit its 30th year.

Earlier research in 2014 found that, if a father started smoking regularly before reaching puberty, measured in this case at 11 years-old, then his sons, but not daughters had more body fat than expected.

“This research provides us with two important results. First, that before puberty, exposure of a boy to particular substances might have an effect on generations that follow him. Second, one of the reasons why children become overweight may be not so much to do with their current diet and exercise, rather than the lifestyle of their ancestors or the persistence of associated factors over the years,” said lead study author Jean Golding in a release.

“If these associations are confirmed in other datasets, this will be one of the first human studies with data suitable to start to look at these associations and to begin to unpack the origin of potentially important cross-generation relationships,” she continued.

Further research will be needed to confirm the study’s results in other long-running studies and to expand the investigations into other ailments that affect multiple generations.