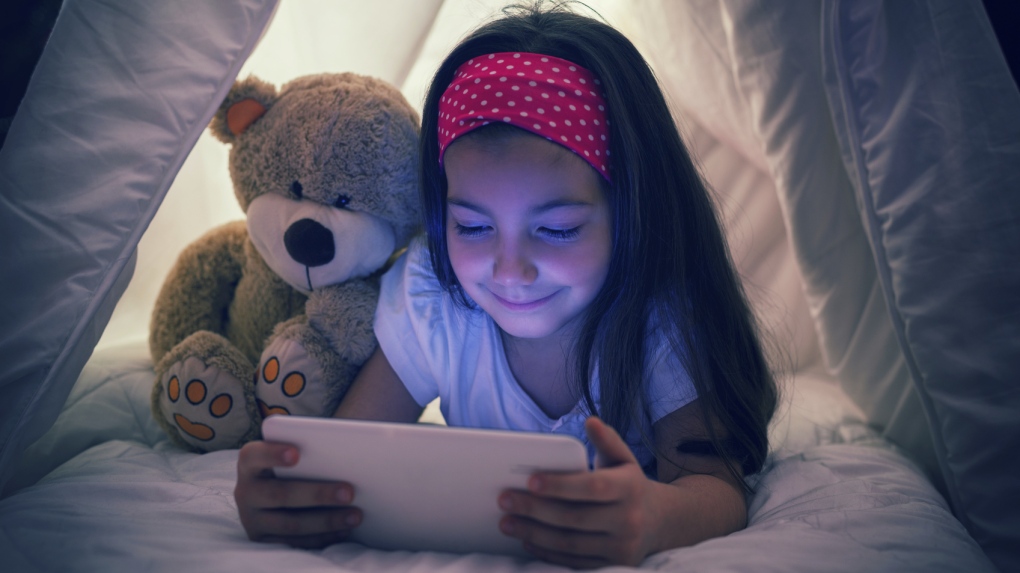 A new study recommendations that children from five to 13 years old should spend no more than two hours per day looking at screens, while also getting nine to 11 hours of sleep per night. (gordana jovanovic/Istock.com)

A combination of reduced screen time and getting a good night’s sleep could be crucial to lessening impulsivity in children, a new study suggests.

The study, published in Pediatrics on Wednesday, tested the recommendations of the Canadian 24-Hour Movement Guidelines for Children, which was first created by The Canadian Society for Exercise Physiology (CSEP) in 2016.

Those recommendations say that children from five to 13 years old should spend no more than two hours per day looking at screens, while also getting nine to 11 hours of sleep per night and spending a minimum of 60 minutes a day doing physical activity.

Canadian researchers looked at data from around 4,500 American children between the ages of eight and 11 years old to analyze the effectiveness of these guidelines.

Past studies have looked at how the amount of screen time youth get can affect their cognitive development, but most have been focused on older teenagers, rather than the middle school age group of this study.

The impact of things such as sleep and physical activity on hyperactivity and impulsiveness in children have been studied independent of each other before, but they haven’t been looked at together.

“In this study, we were the first to examine the concurrent associations between sleep, (screen time, and physical activity) on impulsivity among children,” the study claims.

The aim was to find out what combination of factors correlated with the lowest impulsivity.

Although being impulsive may sound like a neutral character trait with negative or positive associations depending on the circumstances, it can be a more serious issue than just causing people to make snap decisions to go on a road trip or dye their hair.

If a person has a pattern of impulsive behavior, it might mean they’re unable to delay gratification or think about long-term consequences.

Impulsivity has been identified as being a core component of disorders such as ADHD, according to the study, but has also been linked to substance abuse, eating disorders and other behavioral disorders. If youth struggle with depression or other mental health struggles, being prone to impulsivity can increase their likelihood to engage in risky behavior or even suicide attempts.

The data that researchers used was from the Adolescent Brain Cognitive Development Study, a large-scale study that looks at biological and environmental factors on children moving into and through adolescence.

Parents recorded which nights their children achieved the most hours of sleep. Screen time was self-reported by the children involved in the study, who described how much time on a typical day they spent watching TV shows or movies, or were texting or playing video games, etc. Children also reported on how many days a week they were active for at least 60 minutes.

Impulsivity in the children was measured by the results of a couple surveys that graded questions such as “I like to stop and think things over before I do them,” on a scale between “not at all like me,” or “not true,” to “very much like me,” or “very true,” with the answers given different points.

The questionnaires looked at impulsive behavior from several angles, distinguishing between different types, such as impulsivity caused by negative or positive experiences in a child’s life (referred to as negative urgency or positive urgency).

The results showed that individual factors helped on their own, but that together, they had a greater effect.

According to the study, the most important thing to do in combination seems to be to lessen screen time and get adequate sleep, as the pairing of those saw the highest correlation with reducing both positive and negative urgency, as well as reducing a child’s reckless desire to do well at all costs and feelings of inadequacy over having not done well at a task.

The study suggests in its discussion of its results that meeting the physical activity requirement is not as important for reducing impulsivity in children.

When children met the recommended amount of physical activity as well as sleep and screen time, they scored higher on perseverance than other children.

“Our findings highlight that sleep and (screen time) interact in a fashion that provides unique benefits compared with meeting either … behavior alone,” the study says. It added that it “may be especially clinically relevant to target (sleep plus screen time) concurrently in interventions, given a small percentage of children meet these … guidelines.”

The study made sure to stress that physical activity has been proven to be beneficial to children in other ways — just because it does not seem to be specifically helpful to cut down on impulsivity does not negate its other benefits.

Researchers acknowledged that there were limitations to the study, such as the fact that children who already suffer from impulse problems may be more likely to procrastinate going to bed, and be drawn more to reward screen-based activities, thus creating a vicious cycle.