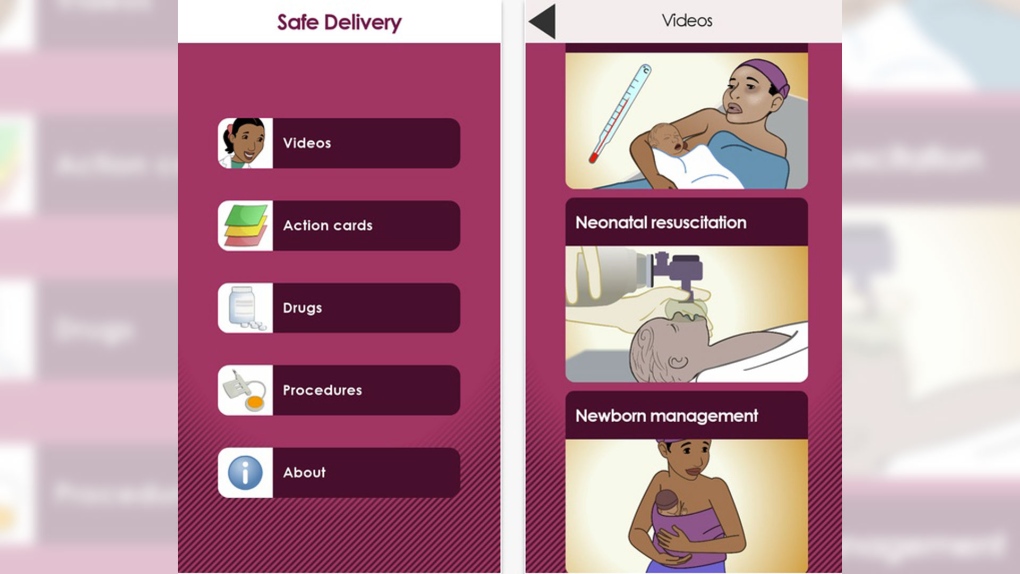 (Addis Ababa, Ethiopia) - In Ethiopia where almost nine in every 10 women give birth at home after pregnancies with little or no medical support, a mobile phone app is coming to the rescue with lifesaving guidelines when things go wrong.

The "Safe Delivery App", created by the Danish development organisation the Maternity Foundation, provides simplified instructions and animated films to deal with emergency situations, be it haemorrhaging, birthing complications, resuscitating newborns or infections.

"Midwives may have skills and knowledge," said Mesfin Wondafrash, the Maternity Foundation's program manager in the Horn of Africa state. "But they may not apply the right procedures when complications arise -- even simple complications."

At the touch of a button, the app can give crucial guidelines to birth attendants, who are often traditionally educated and may lack training in up-to-date procedures that could save lives.

The initiative is proving even more vital in rural areas, where the only help many mothers get is from family members or a local woman.

Described as an "emergency training tool", the app is available in local languages and in English. And a key asset: it can be pre-installed on a mobile telephone so it works even without a network connection or Internet access.

Officially, 85 per cent of Ethiopian babies are born at home. The hospital is often seen as an option only when major complications arise -- often too late to save a life.

"Pregnant women wait at home and if a complication occurs, like bleeding, it may be too late to access care," Mesfin told AFP.

In a promising trial run, testing started last year in the small town of Gimbie in the Oromo region, some 450 kilometres (280 miles) west of the capital Addis Ababa.

A total 78 mobile phones with the "Safe Delivery App" were given to midwives attending local women.

"After a year, the capacity of the app users to manage bleeding rose from 20 to 60 per cent, and for new born resuscitation, from 30 to 70 percent," Mesfin added.

"If all health care providers could use this app, safe delivery would increase."

The Maternity Foundation says the preliminary results "show a remarkable improvement in the skill and knowledge level of the health workers."

"The advantage of the app over a medical book is that it is easy to understand, easy to access and easy to update," said foundation chief Anna Frellsen.

Every year, five million babies and 289,000 mothers die from complications related to childbirth worldwide, with the majority of the deaths in developing countries such as Ethiopia.

The foundation -- whose motto is "no women should die giving life" -- aims to tap the sharp rise in mobile phone users in Africa, a technology, it said, that offers "abundant unexplored potential" to quickly reach otherwise hard to access areas.

"With the Safe Delivery App, we can overcome one of the biggest barriers to preventing maternal mortality: the lack of trained childbirth support. We can reach health workers that are otherwise difficult to reach," she said.

The app is also being tested in Ghana and will soon be deployed in Tanzania, Guinea and elsewhere. The foundation's goal is to equip 10,000 health workers by 2017.

"If we achieve that, we will have ensured a safer birth for approximately one million women," said Frellsen.