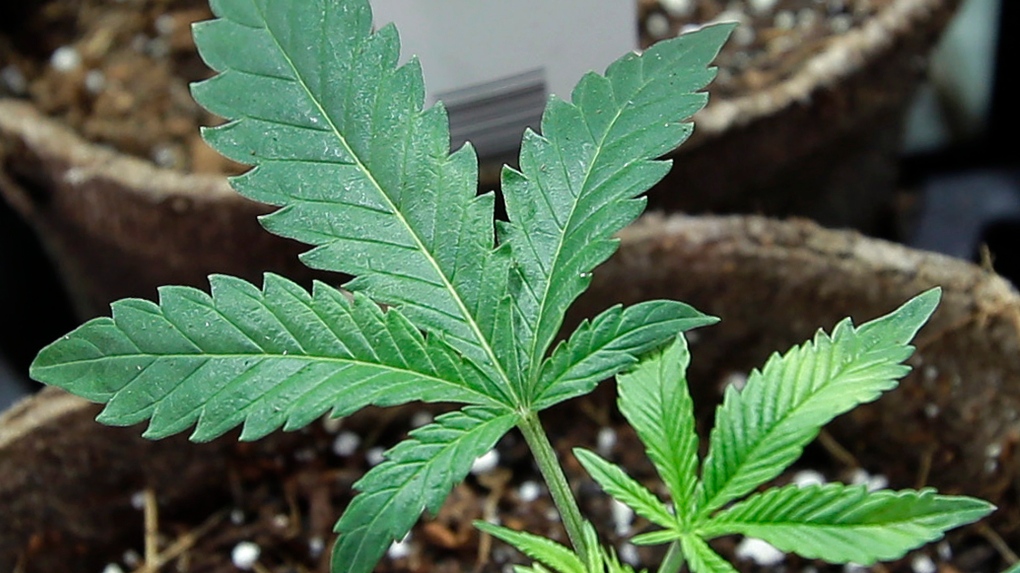 Retired ironworker Peter Prete relies on medicinal cannabis for a brief respite from the chronic tinnitus that plagues him.

“It is heaven to have the ringing sounds be silent,” he said. He’s able to sleep longer, experiences less inflammation in his joints and has lower levels of stress and anxiety thanks to cannabis.

But now the 67 year old can’t get what he needs.

“I’ve never had a problem before but over the last six weeks, I can’t find anything to choose,” said the Thunder Bay resident. He said he’s disappointed and feels let down by his two licensed providers. He says they aren’t living up to agreements they signed and Health Canada isn’t enforcing them. He would like to see an ombudsman put in place to review customer complaints.

“We are being marginalized,” he said of medicinal users. “I’m angry. I’m sick of being polite in order to have someone deal with me. I give honest feedback and it’s almost an attitude of take it or leave it.”

Prete is among a host of medical marijuana users complaining about supply and quality in the weeks leading up to Canada’s legalization of recreational cannabis on Oct. 17. But the industry says there is no issue and Health Canada says it’s confident in the domestic supply.

While both the federal government and industry have guaranteed supply to medical marijuana users, some patients can’t find the strain that works for them, says James O’Hara, president and CEO of Canadians for Fair Access to Medical Marijuana.

And finding the strain that works is an individualized, time-consuming process, so patients are frustrated by lack of inventory once they’ve found something effective, he says. Compounding the problem is that it’s not easy to switch to another producer that may have that strain in stock.

“The other key point and we’re seeing this as something of a challenge as well as the supply side of it, is that prices seem to be creeping up a little bit. And that is very, very challenging when it comes to medical patients because it’s not only a costly medicine, it’s burdened by taxes also."

When she complains, she gets “lame platitudes, vague promises and an invitation to shop elsewhere.” She has to wait weeks for a doctor’s appointment to get forms to switch to another provider.

The Ottawa resident said many medical marijuana patients believe companies are stockpiling cannabis for the recreational market or to ship to lucrative markets overseas. But for her, cannabis is a lifeline. She has myalgic encephalomyelitis, a systemic neuroimmune condition, which brings with it multiple chemical sensitivities. She can’t take pharmaceuticals and uses marijuana for pain relief, to boost her appetite, focus, sleep, and to reduce neurological symptoms.

“How is this even legal? Doesn’t Health Canada hold (licensed providers) to some standards to provide the medicine they said they would? They built their business on medical clients and now it seems they’re just abandoning us,” she said.

But Allan Rewak, executive director of the Cannabis Council of Canada, says there is no widespread shortage for medical marijuana users.

“The companies I have spoken to say they have allocations for medical users set aside. It’s a proven existing supply chain. Medical patients are being prioritized.”

Rewak, whose trade association members represent about 85 per cent of legal cultivation, said the industry is the midst of a “massive scale-up” in production that will satisfy demand long-term.

Rewak added that there is typically little overlap between the marijuana products being sought by medical users – with lower levels of the high-producing THC and higher levels of the medically-beneficial CBD – and those anticipated to be in demand among recreational users.

Marijuana is a plant, so there will always be variations in supply, he said, but the overall “supply is there and I believe there will continue to be supply.”

“I’ve never heard anyone talk about how easy it is to get or how quickly they can get it.”

He said he is unaware of any tracking or monitoring of availability or wait times but that oversight could be the answer. There is no formal policy in place from Health Canada that cannabis companies ensure a supply for medicinal users ahead of other customers.

“It is expected that licensed producers will prioritize sales to individuals who require cannabis for medical purposes over non-medical sales,” Health Canada said in response to questions from CTVNews.ca. “In fact, a number of existing licensed producers have already committed publicly to doing so.”

DeVillaer said he attended a conference in May in which representatives from cannabis companies were talking about business opportunities in overseas markets while, at the same time, medicinal users were warning of shortages.

The true impact of legalization on the medical supply won’t really be known for months, says DeVillaer, but polls show as many as 900,000 Canadians would begin to use marijuana after Oct. 17.

“That is a huge spike in demand so I think it’s fair to say there will be a lot of frustrated people. It’s reasonable to expect the industry will catch up but I think it’s going to be a wild year in this first year.”

Licensed producers have been selling medical cannabis in dried flower and oil forms since 2001 to Canadians with a prescription from a doctor. The country’s marijuana is considered among the best in the world and it’s in demand in other nations with medical marijuana programs. Exports accounted for an estimated $1.2 billion in sales last year.

Canada’s big-three licensed growers, Aphria Inc., Aurora Cannabis and Canopy Growth, are together projecting to grow more than 1.2 million kilograms in sprawling facilities across the country after immense expansion in capacity. Many others are in growth-mode, too, but construction takes time, along with growing plants, and the preparation and distribution of products.

Aurora revealed in its 2018 fiscal report that it produced less than 1,500 kg of medical cannabis in Q3, ending March 31.

Marijuana advocate Jodie Emery says low supply has been an issue for more than a year. She says well-connected and financed cannabis companies lobbied to be the sole suppliers of medicinal marijuana but can’t meet current demand, never mind the huge spike anticipated with legalization.

She said major players are shifting their products to Europe, where they can sell it for $20 a gram, four times what they get in the domestic market. That leaves medical users, on whom the industry was founded, out in the cold, she says.

“It was absurd to shut down dispensaries. They were criminalized and deemed illicit but provided the best access,” said Emery, who was part of a well-documented legal challenge after being arrested for running a dispensary in Vancouver. She has signed up with a licensed practitioner herself but says the product is sub-par and supply is unreliable.

“It’s getting worse as they shift to the recreational market,” she said. “Patients are being thrown under the bus for the sake of big profits for these stock-market backed companies.”

Gatineau-based HEXO Corp., which produces for medical clients under the Hydropothecary brand, says it has no shortage of product for medical customers.

She said the company is ramping up its capacity from a current 25,000 kilograms a year under 310,000 square feet of production to 108,000 kilograms across more than 1.3 -million square feet. The expansion is targeted to be completed by the end of the year.

Measuring demand after legalization is tricky. In 2016, Health Canada and Deloitte projected about 600,000 kilograms would be needed, while analysts Mackie Research Capital figured in 2017 that it would be more like 800,000 kilograms.

A CIBC report published in May said current production is around 350,000 kilograms per year. The report quoted Vic Neufeld, CEO of Aphria Inc., as saying on the company’s earnings call that “unless someone’s out there hiding 100,000 kilograms, we’re looking at a real shortfall.”

Health Canada’s website lists 120 licensed producers, with 69 of them also licensed to sell. More than half of licensed growers are in Ontario and there are none in Newfoundland and Labrador, Yukon, Northwest Territories or Nunavut. There are just six in all Atlantic provinces.

DeVillaer, the McMaster professor, points out that the majority of marijuana users have been buying in the illegal market and that won’t necessarily change come Oct. 17.

“I think contraband sources will contribute until the legal industry gets fully established. There is some evidence in U.S. states where marijuana is legal that the contraband market is still proliferating.”

Health Canada forbids licensed producers from importing any cannabis for sale, but Canadian producers are exporting.

“The sad fact is that licensed producers are now signing supply contracts with European countries yet have signed no obligatory supply contracts with we, the Canadian medical patients for whom they were given this right to grow and sell medicine,” said Dianna Donnelly, a cannabis patient, writer and consultant who lives in Kingston, Ont.

She says there is not enough choice available to medical users and that, along with price increases, convinced her to get licensed to grow her own plants. She still needs to buy in between harvests but has had to ration what she grew months ago.

She said licensed providers should be forced to sign obligatory supply deals with their customers and face fines when they are out of product.

Health Canada is launching a national tracking system to track the movement of cannabis from growth to processing to sale, the department said Friday. That will provide insights into supply and demand trends for both medical and non-medical uses.

“The government is committed to ensuring that individuals who require cannabis for medical purposes have reasonable access to legal and quality-controlled products. As it does today, the Government will monitor and evaluate patients’ reasonable access to cannabis for medical purposes during implementation of the Cannabis Act,” Health Canada said in response to questions posed by CTVNews.ca.

Health Canada also said the government has streamlined its application process for licensed providers to launch and ramp up production. It has issued more licenses in the past year than in the previous four combined, along with more than 160 expansions or modifications of existing facilities since June 2017.

The government is also changing its regulations so that patients will be able to request that their medical document be returned or transferred from one licensed producer to another. Currently, patients must return to a doctor for a new document if they want to change providers.

We're getting the odd report here and there about medical shortages in the run-up to legalization, are there any patients experiencing this? If so, please let us know and how it's impacting you as a patient, thanks!