Measles epidemic in Madagascar kills more than 900, says WHO 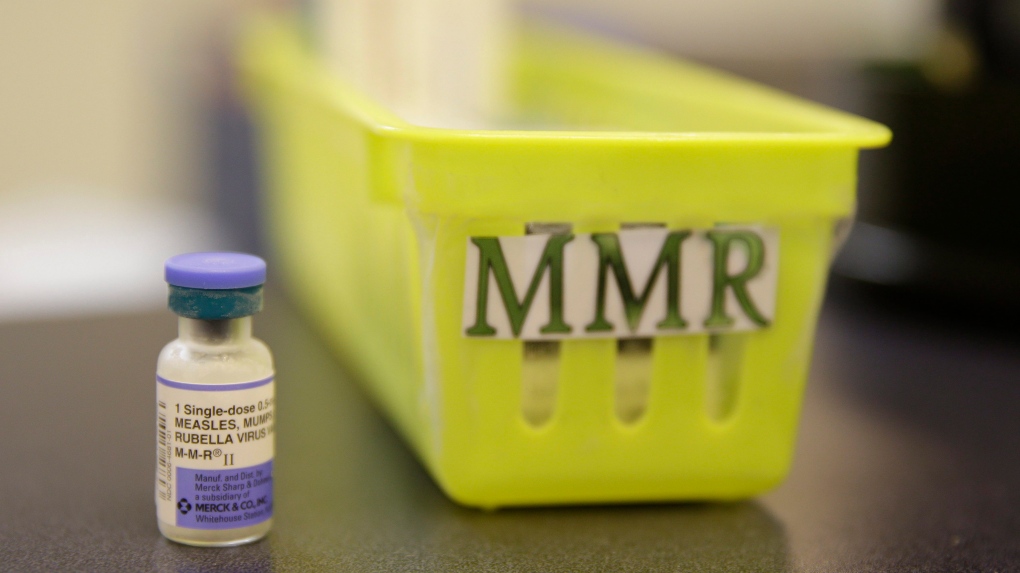 This Feb. 6, 2015, file photo, shows a measles, mumps and rubella vaccine on a countertop at a pediatrics clinic in Greenbrae, Calif. (AP Photo/Eric Risberg, File)

JOHANNESBURG -- The World Health Organization says that an epidemic of measles in Madagascar has caused more than 900 deaths.

According to WHO figures, there have been more than 68,000 cases of the disease in which 553 deaths were confirmed and another 373 suspected from measles since the outbreak began in September.

"Measles is one of the world's most contagious diseases. It is spread by coughing and sneezing, close personal contact or direct contact with infected nasal or throat secretions," the WHO said in a statement.

Those most at risk are infants from nine to 11 months old.

The epidemic is blamed on a low immunization rate for measles across the island nation over a period of many years, according to WHO spokesman Tarik Jasarevic. The vaccination rate is estimated to be less than 60 per cent, according to figures from WHO and UNICEF figures, he said.

According to a WHO statement, "no specific antiviral treatment exists for measles virus."

Madagascar has launched a nationwide campaign to try to bring the outbreak under control, through mass vaccination campaigns and surveillance.