Map: Tracking the spread of the deadly coronavirus 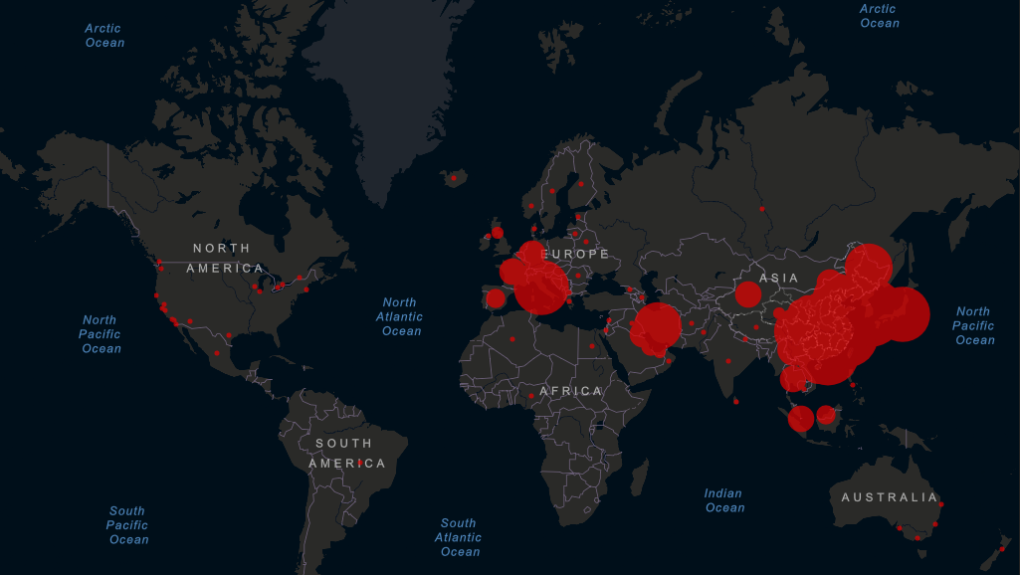 TORONTO -- As the number of cases of the Wuhan coronavirus spike and health officials try to contain the outbreak, a new map has been released that lets you track the virus.

Wuhan, the Chinese city at the centre of the outbreak, was placed under quarantine on Jan. 22. Similar measures are being rolled out in neighbouring cities Huanggang and Ezhou.

Since first being detected late last year, the virus has spread to several Chinese cities and to other countries, which include Taiwan, Japan and the United States.