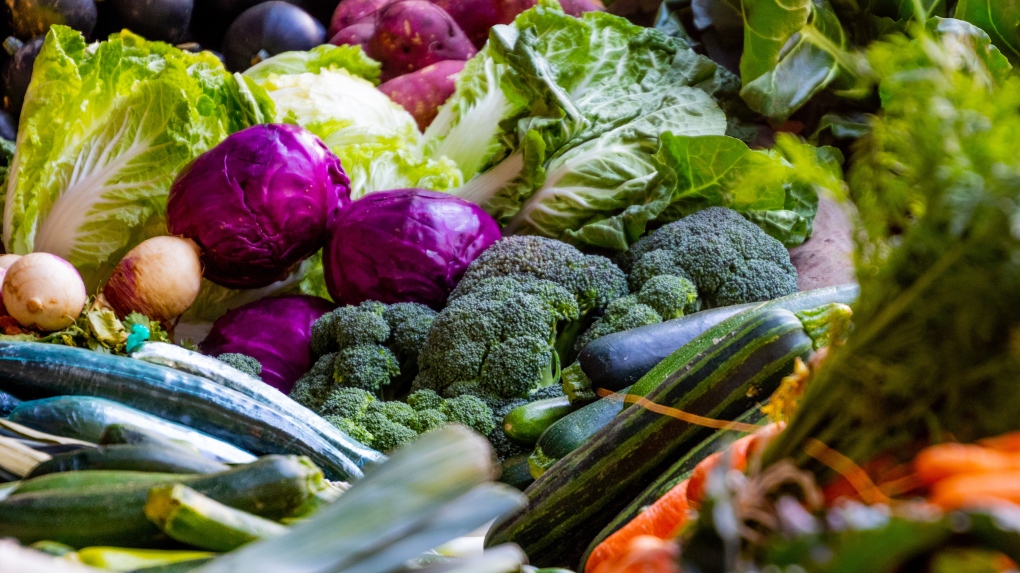 A 69-year-old American man with diabetes lost 68 lbs (31 kg) and dropped his insulin requirements by more than 50 per cent after adopting a whole-foods and plant-based diet, according to a new case report published in the British Medical Journal. (Magda Ehlers/Pexels)

TORONTO -- A 69-year-old American man with diabetes lost 68 lb. (31 kg) and dropped his insulin requirements by more than 50 per cent after adopting a whole-foods and plant-based diet.

The results of the “dietary therapy,” achieved without calorie counting, portion control or a fitness routine, are outlined in a December case report in the British Medical Journal.

In less than a year, the retired business executive and former smoker experienced a dramatic lessening of his various ailments. He has Type 2 diabetes, hypertension, Stage 3 chronic kidney disease, and elevated levels of phosphate and potassium in the blood. In 2017, he visited health professionals seeking a diet change, concerned about his worsening condition.

“He was on 12 different medications and had experienced troublesome side effects, particularly weight gain,” the case report reads. “His ‘tipping point’ was his recent diagnosis of hyperphosphataemia … and a conversation with his nephrologist in which he was told that he might progress to the need for dialysis in as soon as (five) years.”

On the new diet plan, the man and his wife started eating oatmeal breakfasts, salad lunches, and whole-wheat pasta dinners, among other menu items (see below).

Within the first two months, he stopped taking four medications after his blood pressure and glucose improved. His insulin “steadily titrated downward.” The dosages for several medications were cut by as much as half within a few months, and he saw his creatinine levels (a kidney function measure) normalize for the first time in at least eight years.

“This case illustrates an alternative treatment approach that may be appropriate for select, highly motivated patients, using a strict (whole-foods and plant-based diet),” the report said. “This approach may offer effective treatment of (chronic kidney disease) in patients with the common metabolic comorbidities of obesity, hypertension and diabetes.”

The man and his spouse followed the provided food guide strictly, with the exception of a weekly restaurant dinner, and after 11 months there was “persistent benefit” reported, the report said.

Before the dietary therapy, the man’s typical meals included a breakfast of shredded wheat with coffee, a grilled cheese sandwich for lunch or macaroni with meat sauce, and a dinner of “Italian wedding soup” with meatballs, beans and rice. He was known to indulge in an evening snack of cookies or peanut butter cheese crackers. He and his wife dined out once a week, and continued to do so after the diet switch. His exercise routine included 45 minutes of walking on an indoor treadmill.

While there is limited research on the effects of this specific diet on chronic kidney disease, the case report authors note that there is some research supporting other dietary intervention, including the introduction of more fruits and vegetables, a “Mediterranean” diet, and a higher ratio of plant to animal protein.

WHAT’S ON THE MENU

The case report details the following meals for an “example day” on the plan that the man followed.

Breakfast: Oatmeal with fruit and flaxseed

The following details the groups of food appropriate for the type of whole-foods, plant-based diet which the patient followed.

Fresh fruit (not dried, no juices or smoothies)

Meat (including fish and poultry)