Man's skin inflammation blamed on tattoo he got 10 years earlier 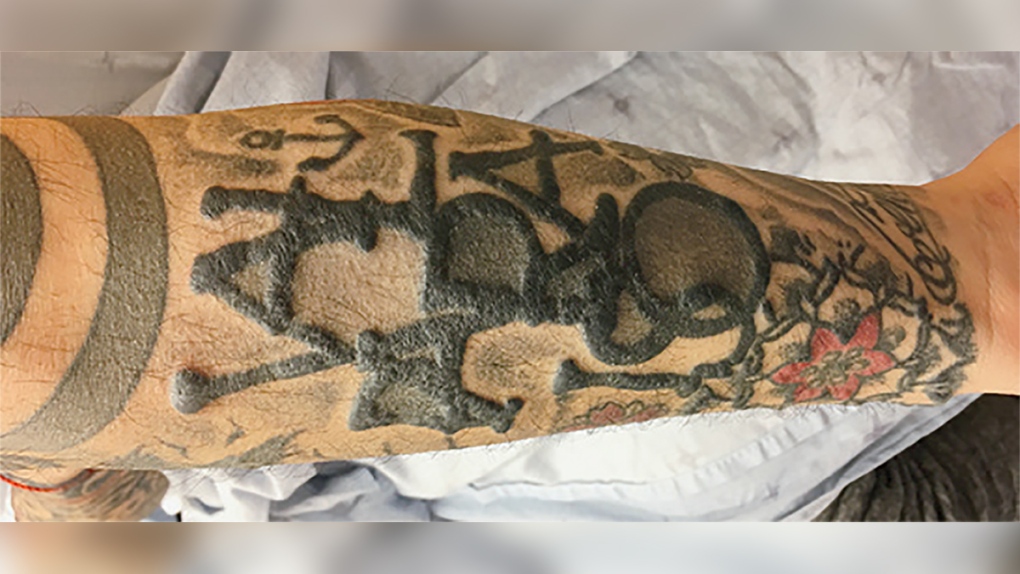 A man came to the dermatologist seeking treatment for inflamed nodules or papules of skin affecting areas he had tattooed 10 years earlier. (Photo: The New England Journal of Medicine ©2020)

TORONTO -- A 42-year-old man seeking treatment for a reaction to a 10-year-old tattoo is one of the latest dermatology cases in the New England Journal of Medicine.

The man, who is not named in the publication, came to the dermatologist seeking treatment for a “sarcoidal” reaction, or inflamed nodules or papules of skin, that were affecting areas he had tattooed 10 years earlier.

The patient reported no fever or other symptoms and the remainder of his physical was “normal,” according to the case study.

A biopsy of the papules showed noncaseating granulomas with black and brown pigment inside. Granulomas are structures formed of immune cells, known as microphages, that surround and wall off substances the body perceives as foreign but cannot expel or eliminate.

The doctor’s diagnosis was a “cutaneous sarcoidal reaction,” and further tests determined the patient did not have any other bacteria, mycobacteria or fungi in his tissue.

Sarcoidsis is a disease characterized by the growth of tiny granulomas, and while the cause is unknown, experts believe it is the body’s response to an unknown substance, according to the Mayo Clinic.

The patient recovered fully after several months of treatment with a powerful corticosteroid cream known as glucocorticoid, applied on the skin.