Malaysia vaccinating for polio after first case in 27 years 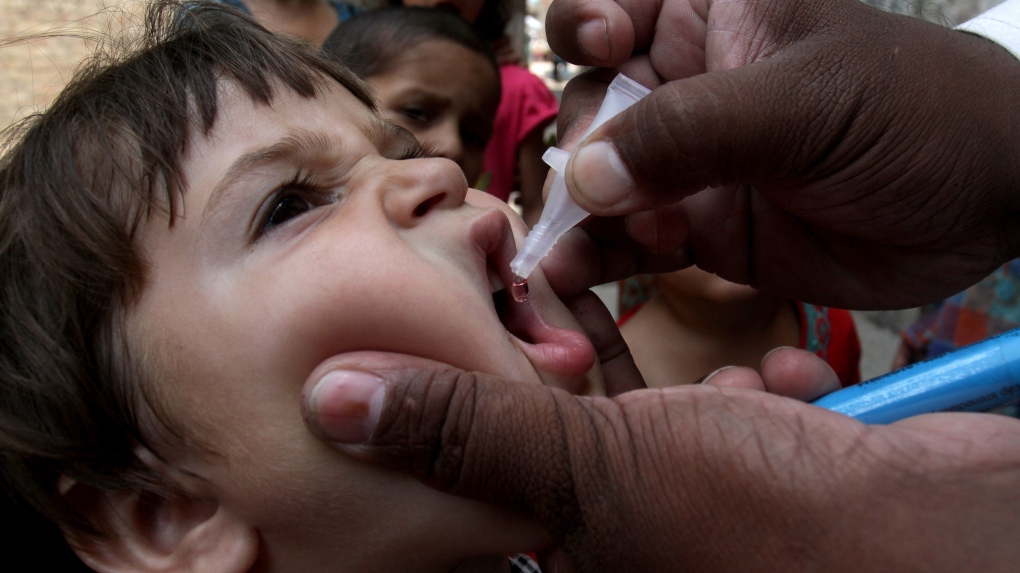 KUALA LUMPUR, MALAYSIA -- Malaysia began a vaccination campaign in a rural town on Borneo island after a 3-month-old boy was confirmed to have polio in the country's first case of the highly infectious virus in 27 years.

The infant from Tuaran town in Sabah state tested positive for vaccine-derived polio virus type 1 on Friday after he was hospitalized with fever and muscle weakness. He is on respiratory support but his condition is stable, Health Minister Dzulkefly Ahmad said in a statement Monday.

Malaysia is the second Asian country to have reported a polio case after an outbreak in the Philippines in September. The World Health Organization says polio, which has been largely eradicated, remains endemic in only Pakistan and Afghanistan.

Dzulkefly said tests showed the baby's strain had genetic links to the polio virus detected in Philippines and investigations are ongoing to determine the cause of the infection. Malaysia's last polio case occurred in 1992 and the country was declared polio-free in 2000.

The health ministry said the strain was believed to have originated from a weakened virus contained in oral polio vaccine that was excreted from the body through feces and possibly spread in an unsanitary environment to those who haven't been immunized.

Dzulkefly said Malaysia switched from oral vaccine to inactivated polio vaccine since 2008, that is given to children via injection in a combination with several vaccines for other infectious diseases including diphtheria, pertussis and tetanus.

The government fully halted the use of oral vaccine three years ago, but he stressed the country has not had any reports of vaccine-derived polio cases from the use of over 80 million doses of the oral vaccine.

"The first polio case since Malaysia was polio-free upset us," Dzulkefly said.

Vaccination has been stepped up in the infant's home village after investigations showed 25 out of 204 children, aged between 2 months and 15 years, were not vaccinated against polio, he said.

"All of these children are non-citizens and have been given polio vaccines. This activity is being expanded to other risky areas to prevent transmission," he said. Officers are also educating villagers about polio and preventive measures, he said.

Tests have been carried out to those close to the infant and from the environment, he said, adding that so far wastewater samplings from six sewage treatment plants in Sabah showed no presence of wild polio virus or vaccine-derived strains.

Health officers are also bolstering surveillance to detect those who has muscle paralysis, a symptom of polio, though none have been detected so far, he said. There is no known cure for polio, which can only be prevented with vaccines.