Majority of middle-aged Canadians not having protected sex: survey 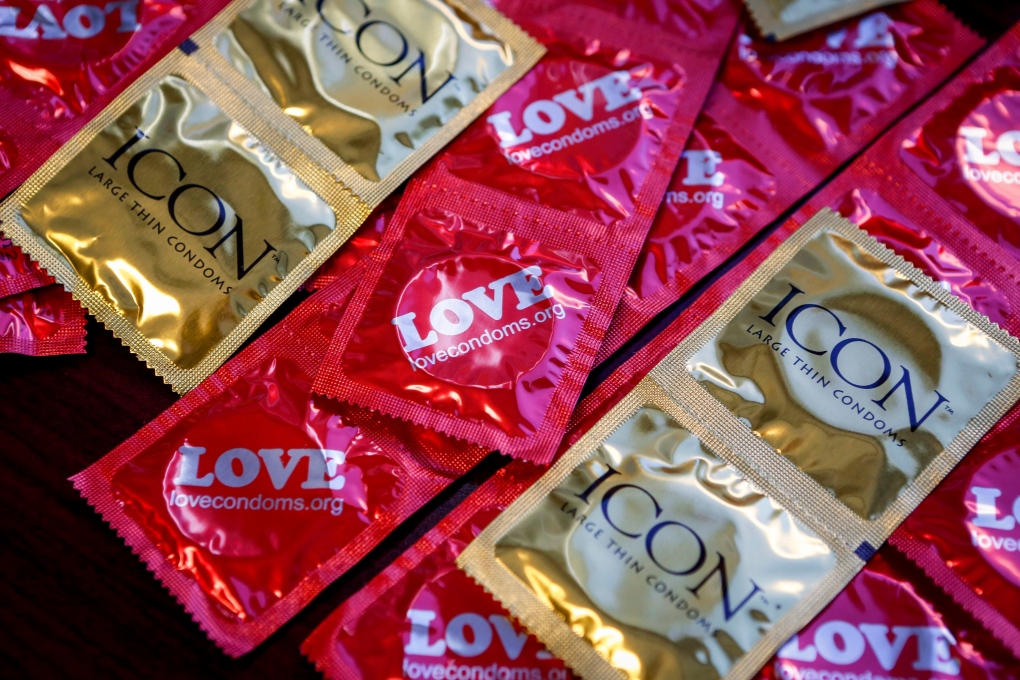 When it comes to safe sex, a new study suggests middle-aged Canadians have something to learn from the younger generation.

Research from the University of Guelph indicates Canadians aged between 40 and 59 are less likely to use condoms than their younger counterparts.

The study found 65 per cent of men in that age bracket surveyed online reported not using a condom the last time they had sex, while the number jumped to 72 per cent for women.

The number included respondents who were married, divorced, single or widowed.

"The longer you are alive and sexually active and have no negative outcomes...eventually safer sex fatigue can set in where you just think 'it won't happen to me' and you stop using it," she said in a telephone interview.

Safe-sex education and outreach efforts can easily target high school and university students who congregate in common places, but have a harder time reaching older populations that are more widely dispersed, she said.

Milhausen said there are numerous reasons for the decrease in condom use, many of which are strikingly logical.

Fear of erectile dysfunction and performance anxiety can also play a role among older men, she said, adding many may choose to avoid condom use for fear it will exacerbate existing issues they may be contending with.

But relationship status plays a major role as well, she said.

Canadians re-entering the dating scene after a marriage or long-term relationship may feel reluctant to use condoms or have safe-sex-related conversations with prospective partners, she said.

For those who are not dating casually and are pursuing more committed relationships, the risk becomes even greater.

"Love, trust and intimacy are the death blows to condom use, she said. "The more committed you feel...the less likely you are to use a condom, but love and trust don't protect you against chlamydia."

The research suggested middle-aged respondents had a surprisingly cavalier attitude towards sexually transmitted infections (STI), with 58 per cent saying they were either not very or not at all concerned about contracting one.

Milhausen said numerous other research papers indicate STI rates are actually on the rise almost across the board among older demographics, suggesting the need for greater vigilance and condom use.

She urged Canadians who have not used condoms since their younger days to revisit the idea, adding they might be pleasantly surprised.

"For this mid-life group, condoms are way different than they were when this age group was trying them at 20 years old," she said. "In 30 years, we've come a long way."

About 2,400 adults took part in the online survey. The polling industry's professional body, the Marketing Research and Intelligence Association, says online surveys cannot be assigned a margin of error because they do not randomly sample the population.