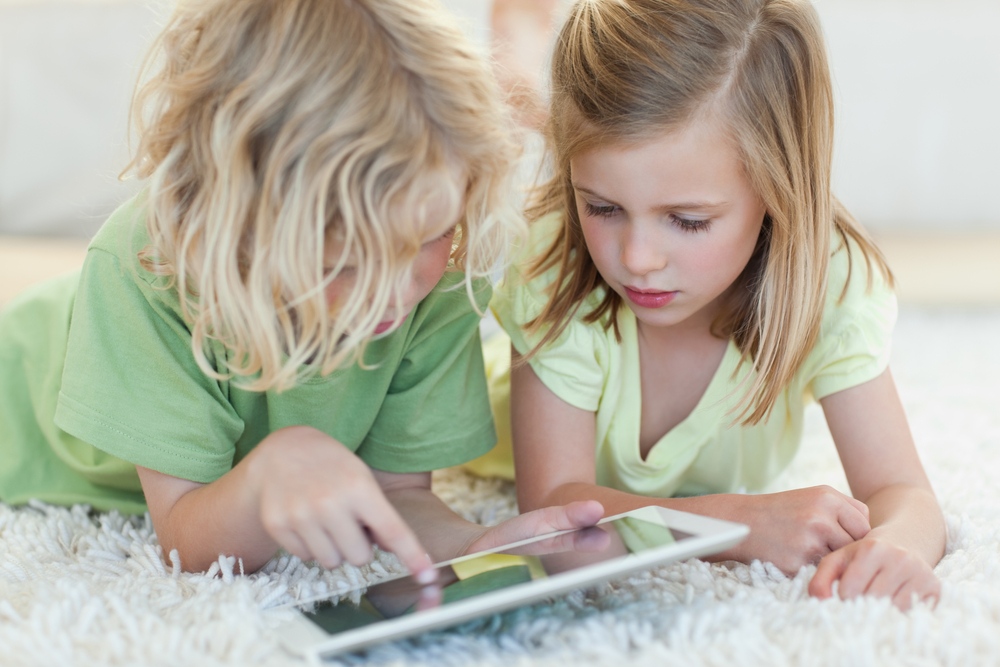 Children play with a tablet in this stock photo. (Wavebreakmedia Ltd./Shutterstock.com)

If your child is having trouble sleeping, or isn't getting the amount of sleep he or she needs, it may very well have to do with electronic devices.

A new survey by the U.S. National Sleep Foundation found that American kids aged 6 through 17 aren't getting enough sleep -- with almost 72 per cent of them sleeping with at least one electronic device in their bedrooms.

In a survey of more than 1,100 parents, teens who slept with devices in their bedrooms were reported to get half an hour less sleep than those who didn't have the devices.

The National Sleep Foundation recommended turning electronic devices off about an hour before bedtime following a 2011 study, as they keep the brain stimulated and suppress melatonin, a hormone that promotes sleep.

Over 90 per cent of parents surveyed highly valued sleep in regards to their children's school performance, health and overall happiness.

However, this survey indicates parents may need to do more in terms of ensuring their children get the shut-eye they need.

This includes rules about caffeinated beverages and TV shows before bedtime in addition to limited electronic device use.

The National Sleep Foundation survey also stressed that parents should be good role models for their children regarding electronic device use, as less than a quarter of children own such devices if their parents do not.