Eating disorders on the rise in Canada, as sufferers wait for treatment

Eating disorders are seeing a dramatic increase in Canada, and the troubling trend has physicians and advocacy groups concerned about a lack of treatment available to those who find the courage to seek help.

Hospitals and clinics specializing in eating disorders say there is a rise in the numbers of adults, teens and children, some as young as five, seeking help for eating disorders. Most are women.

Sufferers of eating disorders either don’t eat enough, or overeat only to purge the food in a desperate bid to maintain what they believe is an ideal body image. Such conditions can ruin lives, bodies and, in some cases, can prove to be fatal.

It’s difficult to put an exact figure on the amount of people affected by eating disorders, as numbers vary between 150,000 to more than 600,000 across Canada.

About three per cent of women are affected by an eating disorder over their lifetime. Doctors say there are two-to-three times more cases than a generation ago.

According to the National Initiative for Eating Disorders (NIED), the rate of obesity is nine per cent in girls, while the rate of eating disorders sits at 18 per cent.  Incidence of restrictive eating disorders in children aged five to 12 is twice the incident rate of type II diabetes in all children, from newborn to 18 years.

Eating disorders have the highest mortality rate of any mental disorder, according to the NIED.

The non-profit organization says it knows people are struggling to find treatment in Canada, which is why it is aiming to increase the profile of eating disorders across the country.

Patients who are referred to specialists and qualify for treatment often wait months on end due to a lack of resources, Wendy Preskow, founder and president of the NIED, told a Toronto press conference earlier this month.

Fifteen months later, the clinic’s Eating Disorders Program can’t keep up with referrals -- about 75 people are still on a waiting list. The clinic provides nutritional counselling, therapy and group programs.

Like other eating disorder centres, Lakeridge is seeing an increase in teen patients in particular. Last year they were treating 12, this year, 35.

Lakeridge’s Dr. Skevoulia Xinaris said in some cases, treating an eating disorder is also a battle against the clock.

“The concern that we have is that we’re dealing not just with a mental health issue, but with a physical health issue as well,” Xinaris said. “People die, and that’s what’s scary.”

Joanne Cooper, who is a patient at Lakeridge, said a delay in medical-assisted recovery can prove dangerous. Cooper reached out to doctors a decade ago for help to control her bulimia.

“It took so much courage to reach out and finally admit that I had an eating disorder,” Cooper said. “And it took so much for me to ask for help and then for there to be really not any help … made me feel more lonely and more isolated and more hopeless.”

Lakeridge patient Audrey Alward, who suffered from anorexia, said she was completely consumed about thoughts of food and exercise. “I would plan my day around not eating,” she said, until things got “so bad” she had to seek  medical help. She went first to her family doctor, and then emergency.

When someone afflicted with an eating disorder acknowledges that they need help, they need support immediately, Cooper said. The longer the wait, the greater the chance the person may become un-motivated and see symptoms re-emerge.

Dr. Blake Woodside, co-director of the Eating Disorders Program at Toronto General Hospital, said there are some parts of Canada with no specialized treatment programs, even though eating disorders often have a 15 per cent death rate.

She said a rise in eating disorders is in part due to a more acute awareness of the dangers of anorexia and bulimia, which in turn is creating a culture obsessed with weight.

“One of the unintended side effects of talking about an obesity epidemic is to create an eating disorders epidemic ,” said Fisman, medical director at London Health Sciences. “So we have to be very careful about how we talk about weight and eating and healthy lifestyle.”

“We have to find good solutions that are different than the solutions that we had in the past that include transforming the way we provide mental health care,” she said.

Alward said while she still struggles, she’s come to accept that her life is far better now than it was before she was admitted to Lakeridge in 2009.

“I still worry about my weight, but it's more of an acceptance that this is where I have to be to be healthy," Alward told CTV News.

Today, Cooper is getting the help she sought at Lakeridge, with positive results.

“The payoff, I can’t even describe it, it is so worth it,” she said. 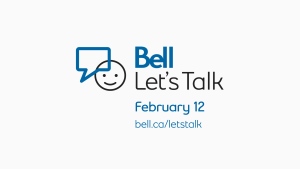 Join the conversation about mental health