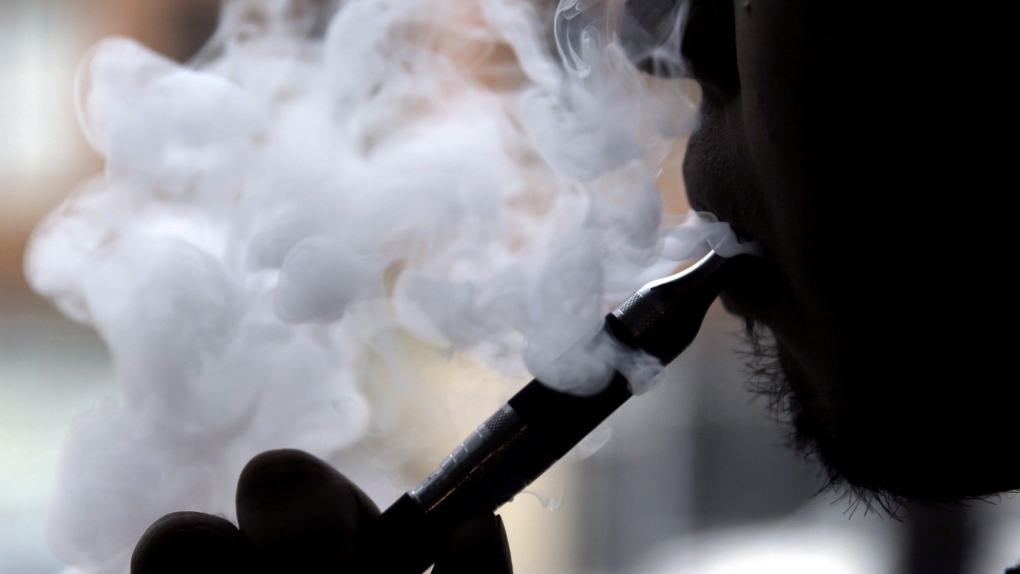 WICHITA, Kan. -- Kansas health officials have confirmed the first death in the state related to an outbreak of a lung disease linked to vaping.

The Kansas Department of Health and Environment said in a news release Tuesday the recent death involved a Kansas resident over the age of 50 who had a history of underlying health issues. The unidentified patient was hospitalized with symptoms that progressed rapidly.

The Centers for Disease Control and Prevention says there have been 450 possible cases of lung disease related to vaping reported in 33 states. As many as six cases nationwide have ended in death, including the now confirmed Kansas death.

The agency says no evidence of infectious diseases have been identified, meaning the illnesses are likely associated with chemical exposure. It says no specific substance or product has been linked to all cases, though many cases involve people who reported vaping THC, marijuana's high-inducing chemical.

Health officials said they do not have detailed information on what specific e-cigarette products were used by the deceased patient in Kansas.

"Our sympathies go out to the family of the person who died," Governor Laura Kelly said in the news release. "Health officials are working hard to determine a cause and share information to prevent additional injuries. As that work continues, I urge Kansans to be careful. Don't put yourself in harm's way, and please follow the recommendations of public health officials."

The state has had six reports associated to the national lung disease outbreak, including three which they believe to be confirmed or probable cases. The remaining three are still under investigation.

"It is time to stop vaping." KDHE Secretary Lee Norman said. "If you or a loved one is vaping, please stop. The recent deaths across our country, combined with hundreds of reported lung injury cases continue to intensify."