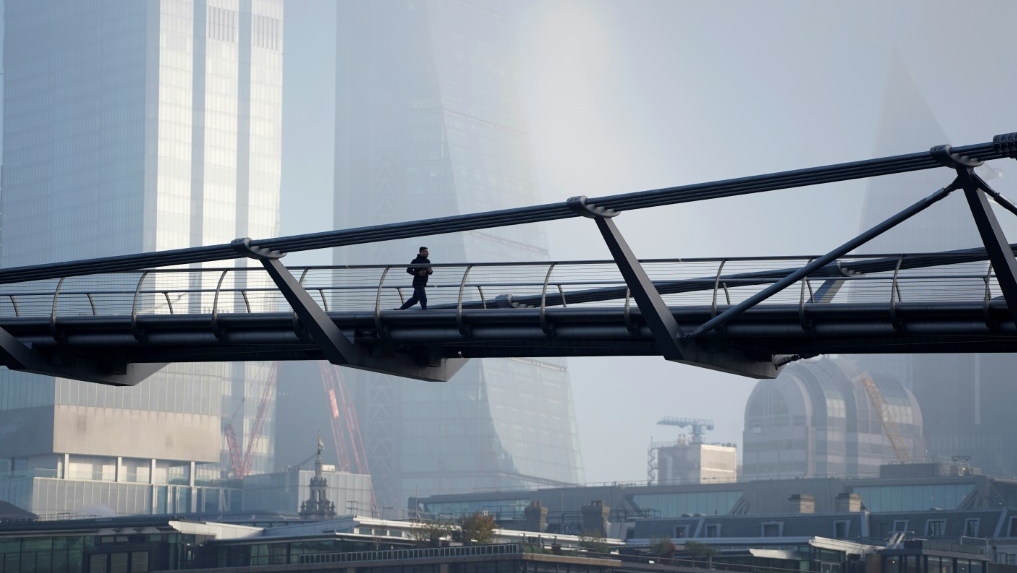 WHO-recommended limits for air pollution are broken in 99 per cent of London. (AFP)

LONDON, UNITED KINGDOM -- The mother of a nine-year-old girl who died from acute respiratory failure after repeated asthma attacks on Monday said she hoped a coroner's inquest would conclude that air pollution played a role in her death.

Ella Adoo-Kissi-Debrah died in February 2013 after nearly three years of repeated attacks, which saw her taken to hospital 30 times.

But a specialist in 2018 noticed a "striking link" between levels of nitrogen dioxide (NO2) and harmful particulate matter at the times she was admitted for treatment.

A ruling that air pollution was a factor in her death would be a legal first in Britain.

"I hope, and I'm keeping my fingers crossed that the coroner, after hearing all the evidence, will come to the conclusion that air pollution either caused or contributed to her death, and that's all I'm asking for," Ella's mother Rosamund said.

"I will finally have the reason why she passed away on her birth certificate," she told AFP.

"All children have a right to breathe cleaner air and I'll keep on saying that because children shouldn't die from asthma."

The first coroner's inquest in 2014 determined that Ella died of acute respiratory failure brought on by severe asthma. But the ruling was set aside after the specialist's report.

The second hearing, which is due to last 10 days from Monday, will examine the levels of pollution the young girl was exposed to.

The family lived less than 30 metres (100 feet) from the South Circular, a busy and regularly congested arterial road, in Lewisham, southeast London.

Coroner's inquests are held in England and Wales in the event of a sudden or unexplained death. They establish the causes and circumstances of deaths on the balance of probability.

They do not determine criminal or civil liability, guilt or blame, but set out facts in the public interest.

The lawyer representing the family, Jocelyn Cockburn, said reaching the second inquest was a "significant achievement".

"Rosamund's account of Ella's struggle is very powerful and illustrates the human suffering behind the statistics," she said.

Since her eldest daughter's death, Rosamund Addo-Kissi-Debrah has campaigned for improvements to air quality and awareness of asthma, particularly in children.

She said the pollution near the family home was "definitely not visible", but the government needed to clean up the air, given the number of people who live near busy roads.

"There are thousands of children all over the U.K. with asthma and every time there's a spike in air pollution some of them will end up in hospital" she said.

According to figures from the Mayor of London, World Health Organization (WHO) recommended limits for air pollution are broken in 99 percent of the British capital.

The WHO says air pollution kills some seven million people across the globe every year and nine out of 10 people breathe air that exceeds guideline limits on pollutants.

Low- and middle-income countries are worst affected and the problem contributes to premature deaths.

Last month, the executive director of the Clean Air Fund, Jane Burston, said children in London were "4.2 per cent more likely to be hospitalised for asthma on days with high NO2 pollution".

Also in October, Mayor of London Sadiq Khan released figures showing improvements in air quality due to changes made since his election in 2016.

These measures have included the introduction of an "ultra low emission zone" which requires drivers of the most polluting vehicles to pay a daily tax when entering central London.