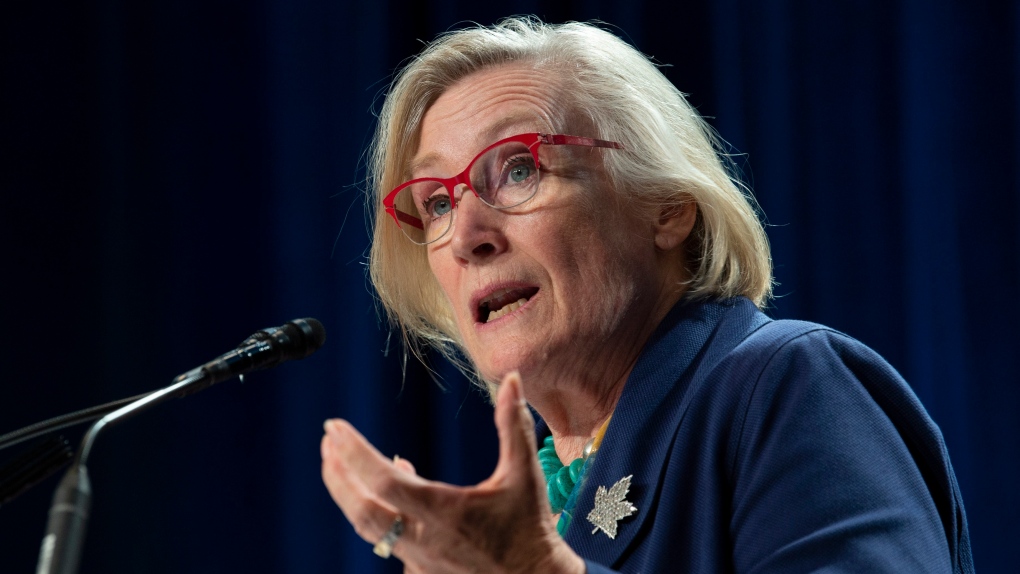 WINNIPEG -- First Nation families say they struggled to get wheelchairs, beds and other health-care services for their children before Ottawa adopted Jordan's Principle.

The principle, which requires kids get access to services without delays caused by jurisdictional issues, is named after Jordan River Anderson. The five-year-old boy from Norway House Cree Nation in Manitoba died in a Winnipeg hospital without ever being able to go home because of a dispute over who would pay for his health care.

Bernadette Sumner said her son Keanu, 17, was falling through the cracks for most of his life because the family lives on the Waywayseecappo First Nation in Manitoba. Keanu was born with achondroplasia -- a bone growth disorder that means he has short limbs and a small torso -- and lumbar stenosis, which left him paralyzed.

"There was no access to many things that he needs on a daily basis, mainly a wheelchair, secondly a lift, because dad and I were lifting him," she said at the first annual Jordan's Principle summit in Winnipeg on Wednesday.

The Sumner family struggled to get through each day and got used to filing paperwork, desperately searching for funding and help for their son. For years, the family looked for ways to get the special hospital bed and wheelchair he needed to avoid developing bed sores, an air conditioner because he needs to stay cool and a bathtub chair.

But after Jordan's Principle, everything changed.

"We had become accustomed to forms," Sumner said. "When we did this form with Jordan's Principle, we were basically able to get every need that he needed all at once."

Carolyn Buffalo told the Assembly of First Nations summit she fought for more than a decade so her son -- who has cerebral palsy -- could get an electric wheelchair, feeding supplements and transportation to school.

The former chief of the Montana First Nation said non-Indigenous kids in Alberta would have automatically been given the same support.

Although a motion supporting Jordan's Principle passed unanimously in the House of Commons in 2007, it was inadequately implemented.

Seven years later, the First Nation Caring Society and Amnesty International argued before the Canadian Human Rights Tribunal saying the federal government was being discriminatory. The tribunal agreed in 2016, expanding the definition of the principle and ordering Ottawa to act on it immediately.

Families said it has been a gamechanger.

If it wasn't for Jordan River Anderson's family, Buffalo said her child and many like him would not be getting the help they need. "Because of him, the world is a better place. He changed the world," she said.

From July 2016 to July 31, 2018, more than 111,000 requests were approved under Jordan's Principle for things like medical equipment, respite care and mental health services.

Kevin Hart, Manitoba regional chief with the Assembly of First Nations, said Indigenous children are still falling through jurisdictional cracks. Jordan's Principle should be expanded to education, child and family services and even the justice system, he said.

There is still a lot of work to be done because there is so much at stake, he said.

"Our most important resource is our children."