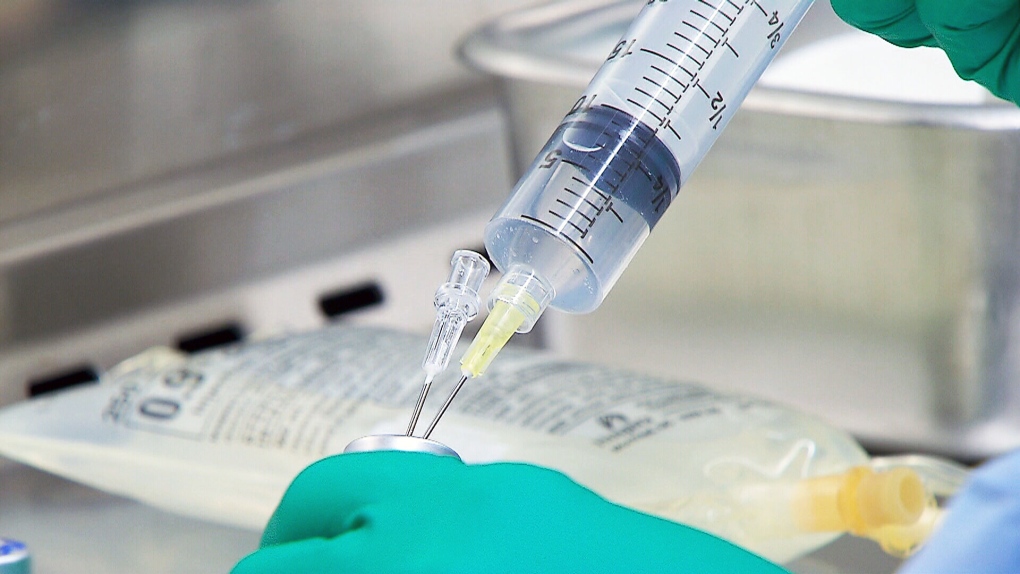 Immunotherapy, which harnesses the power of the immune system in order to attack cancer, is more potent against melanoma when two agents are combined, but side effects rise too, researchers said Sunday.

Findings of a randomized phase III trial compared nivolumab (Opdivo) alone or in combination with ipilimumab (Yervoy) and found the pair was "significantly more effective than ipilimumab alone," according to the results presented at the American Society of Clinical Oncology conference in Chicago.

Both drugs are known as checkpoint inhibitors which boost the immune system's ability to tackle tumors, and are made by the pharmaceutical company Bristol Myers-Squibb, which funded the study.

Both have been approved by the U.S. Food and Drug Administration for use as single agents in patients whose melanoma cannot be removed by surgery, or whose melanoma has spread to other organs and no longer responds to other drugs.

The combined treatment, which consists of four doses, costs about $125,000.

In 945 patients who were never treated before for their advanced skin cancer, the research found that Opdivo alone was far better than Yervoy when it came to extending the time before the cancer began to advance again.

Yervoy stopped melanoma from progressing for nearly three months, while Opdivo did so for nearly seven months.

But when taken together, the pair staved off melanoma progression for 11.5 months, the study found.

Melanoma is the deadliest form of skin cancer, and some 132,000 cases are diagnosed each year worldwide.

Immunotherapy doesn't work for everyone, and researchers are still working to figure out why.

In the current study, those taking the duo were far more likely to see their tumors shrink (57.6 per cent of patients showed some response) than Opdivo (43.7 per cent) alone.

Among those taking Yervoy alone, 19 per cent responded to the treatment by experiencing tumor shrinkage, but five per cent actually saw their cancer grow.

Researchers also noted that serious drug-related side effects were reported by more than half of those in the combination group (55 per cent), and 36 per cent of patients in this group had to stop the therapy due to side effects.

Lead study author Jedd Wolchok, chief of melanoma and immunotherapeutics service at Memorial Sloan Kettering Cancer Center in New York, said researchers are still trying to determine the optimal length of time for treatment, and noted that many patients experience a benefit from immunotherapy even if they stop the treatment early.

"We're very encouraged that the initial observations about the efficacy of this combination held up in this large phase III trial," said Wolchok.

"Our study also suggests that patients with a specific tumor marker appear to benefit the most from the combination treatment, whereas other patients may do just as well with nivolumab alone. This will help doctors provide important insight for patients on which treatment is right for them."

He said data on the quality of life experienced by patients in the study will be reported at a later date.

"Immunotherapy drugs have already revolutionized melanoma treatment, and now we're seeing how they might be even more powerful when they're combined," said ASCO expert Steven O'Day, medical oncologist and director of The Los Angeles Skin Cancer Institute.

"But the results also warrant caution -– the nivolumab and ipilimumab combination used in this study came with greater side effects, which might offset its benefits for some patients. Physicians and patients will need to weigh these considerations carefully."

O'Day, who was not involved in the study, added that the side effects could be controlled and reversed rather quickly, and that no patients died from them during the study.