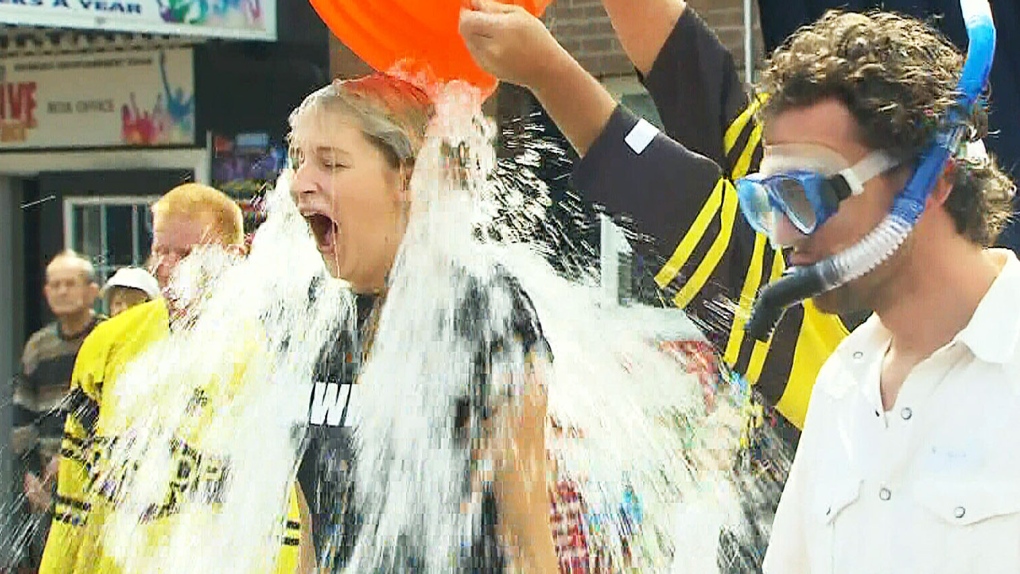 Two years after the ALS Ice Bucket Challenge craze on social media, researchers say money raised from the campaign has funded the discovery of a new gene linked to the disease.

The gene, identified as NEK1, has been found to contribute to hereditary Amyotrophic Lateral Sclerosis, or Lou Gehrig's disease. The gene is associated with three per cent of all ALS cases, according to the ALS Association.

ALS is a rapidly-progressing, neurodegenerative disease that paralyzes muscles and destroys nerve cells. It currently has no cure and is often fatal, although some individuals, including Stephen Hawking, live with it for decades.

Researchers are now focused on understanding how the NEK1 gene contributes to the development of ALS, so they can develop a gene therapy for it. It's not yet known whether it's the only factor necessary to pass on the inherited disease. It is possible to test for the gene, but researchers say the results are difficult to interpret at this point, even if NEK1 is present.

An international team of researchers at Project MinE made the discovery and published their findings in the journal Nature Genetics.

Project MinE was one of six projects funded by the ALS Ice Bucket Challenge. The phenomenon went viral with the help of a number of celebrities, who dumped ice-cold water on their heads before issuing a challenge to someone else to join in the fun and donate to charity.

Nancy Frates, who helped start the Ice Bucket Challenge with her son, Pete, says it's "overwhelming" to see this discovery come out of their efforts.

The Frates launched the ALS Ice Bucket Challenge after Pete was diagnosed with the disease at the age of 27. Pete Frates had been a baseball player at Boston College before his diagnosis, but the effects of ALS confined him to a wheelchair and robbed him of most of his ability to move.

Nancy Frates said her son's story helped people recognize that ALS can afflict anyone, regardless of age.

"They thought it only happened to old people, so when a big strapping athlete gets this disease, a whole new generation has woken up," she told CTV News Channel on Wednesday. "We knew that this disease needed the awareness and the education."

Frates said she wasn't surprised by the social media reaction to the campaign. "We knew we had a relatable story, a compelling story," she said. "When the vehicle came along people just took hold of it and just joined us."

The campaign raised US$220 million for ALS research, Frates said.