How Spain became the world leader in organ transplants 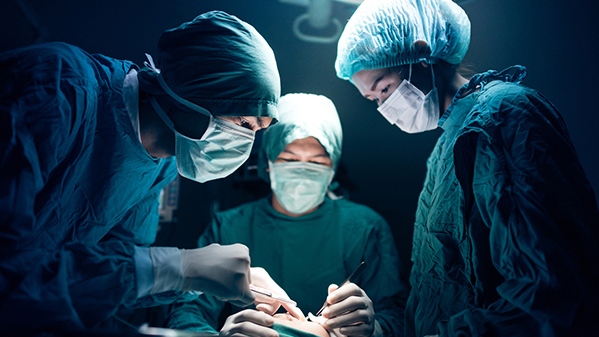 Juan Benito Druet has just learned that his life may be about to change.

In the next few hours he will receive a healthy kidney thanks to a pioneering system that has made Spain the world leader in organ transplants for the past 25 years.

"We don't know what will happen. but you have to take a chance," said Druet, 63, a reserved and moustachioed boilermaker, as he lays in his bed at Madrid's La Paz hospital.

Hospital staff try to reassure him by telling him organ transplants are carried out every day in Spain.

That means there were 43.4 organ donors per million inhabitants last year, a world record, up from 40.2 donors in 2015.

By comparison in the United States there were just 28.2 donors per million inhabitants in 2015, 28.1 in France and 10.9 in Germany, according to the Council of Europe.

"It is even better than if we had won the jackpot in the lottery," says Druet's wife Jeronima, 60, as she sits close to him along with the couple's two adult children.

Now she dreams of going on a cruise with her husband, something impossible as long as he needed to be hooked to a 15-kilo (33-pound) kidney dialysis machine every night to filter his blood.

The transplant operation lasts four and half hours.

Surgeons make a 15-centimetre (six-inch) incision in Druet's abdomen to transplant a healthy kidney extracted the night before from a woman who died.

After a transplant patients "start to regain weight, their health improves. It is as if we transplant lives," the founder of the ONT, Rafael Matesanz, tells AFP.

Matesanz oversaw the implementation of a centralised and well-oiled organ donation and transplant system which has been replicated in Portugal and Croatia and inspired others across Europe.

Each hospital has a transplant coordinator, usually a doctor or nurse who specialises in intensive care, charged with identifying patients at risk of a heart attack or brain death.

In both situations kidneys, livers, lungs, pancreas and sometimes even the heart can still work and can be transplanted.

Organ donations are quickly reported to the ONT which searches for the best match from its organ waiting list.

If the patient is far away, a cooler with the organ is sent by plane inside the cockpit with the pilot.

The operation is free under Spain's public health system, anonymous and available only to residents of the country to avoid organ trafficking.

"What makes the difference is the organisation of the system. This network, this centralisation, is the key," says Marie-Charlotte Bouesseau of the World Health Organisation's department of ethics.

Worldwide only about 10 percent of all patients who need a transplant receive a donated organ, she adds.

"That means that 90 per cent will die while they are on a waiting list," she explains.

In Spain only four to six per cent of patients died in 2016 while they were on a waiting list for a vital organ -- a liver, heart or lung.

Ramon Garcia Castillo, 85, a former TV technician, spent 13 months on dialysis before he received a kidney transplant in 2010.

He would previously trek to a hospital three times a week to be hooked up to a machine for three-and-a-half hours.

The kidney transplant "gave me my life back", says Castillo, who now just needs to take pills to ensure his body does not reject the donated kidney.

The other secret to the success of the Spanish system is training and communication, explains Matesanz.

Since it was set up in 1989, the ONT has trained over 18,000 transplant coordinators who break the news of a person's death and then gently convince their loved ones to agree to donate their organs.

Spanish law presumes consent for organs to be removed on their death unless they had previously made clear that they were against donation.

But loved ones are systematically consulted.

"You have to have a lot of empathy, sensitivity, respect," says Belen Estebanez, the transplant coordinator at Madrid's La Paz hospital.

The work of a transport coordinator was depicted in Spanish director Pedro Almodovar's 1999 Oscar-winning movie "All About My Mother". The director consulted with the ONT to prepare the movie.

"If they have a lot of doubts we ask them what the person was like, if they were generous...from there we get them to reflect on an organ donation," adds Damiana Gurria, another transplant coordinator.

"It comforts many families to know that the organs of their loved ones will live on inside someone else, that people will be thankful for the rest of their lives."

Castillo said he drinks two litres of water each day and follows a balanced diet since he received his new kidney.

"I have to take care of it, especially since it was given to me. I have to be thankful."