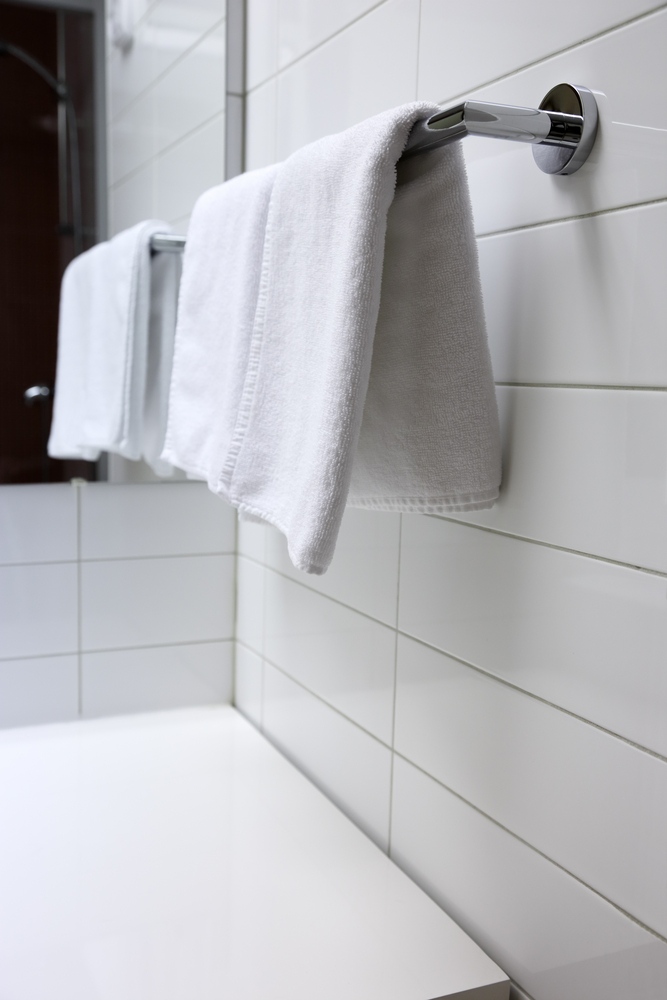 Gentle persuasion may play a role in whether you reuse your hotel towel. (Offscreen/shutterstock.com)

Can "gentle persuasion" be used to cut waste? Psychology researchers at the University of Luxembourg say yes.

Researchers at the university worked with two hotels in Swiss and Austrian ski resorts in early 2013 to persuade guests to use fewer towels each day. Three different signs were placed separately in different hotel bathrooms, all of which "gently reminded" guests of towel use in regards to the environment. One of the three signs read, "75% of guests in this hotel reuse their towels," while another noted "75% of guests in this room" reused towels. The field experiment featured 132 guests, and signs were in German and English so all guests could understand them.

"We found that guests cut their towel use significantly when told of the behaviour of previous guests in their room," said the lead researcher Dr. Gerhard Reese.

Fewer towel usage not only contributes to a greener planet, but also helps the hotels cut costs and therefore lower room rates. Results are comparable to a few similar U.S. studies and indicates this form of subtle pressure can help persuade people to do the right thing in other situations.

"Humans are social beings," explained Dr. Reese. "People want to be accepted into groups and so we act in ways that make us belong. Instinctively, we feel close to those who have used a hotel room before us, believing that they are similar to ourselves. Thus we are more likely to follow their behavior."

The study was published in the journal Social Psychology.