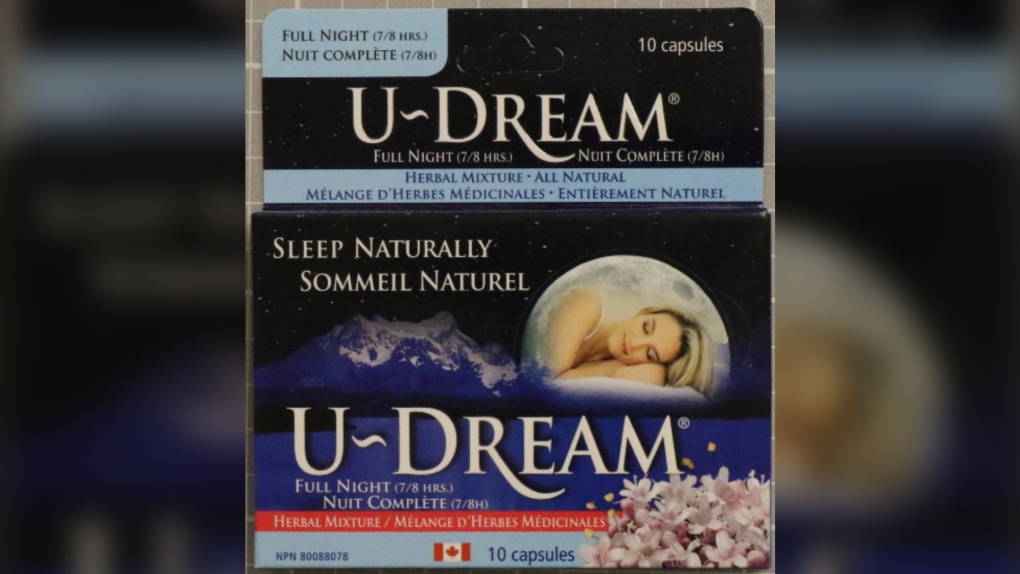 The U-Dream sleep aid is seen in this handout image. (Health Canada)

TORONTO -- Health Canada is recalling a variety of U-Dream herbal sleep aids after tests revealed they contain a substance similar to a prescription insomnia medication.

Tests found the U-Dream products contained a substance similar to zopiclone, which has side effects that include drowsiness, dizziness, memory loss, hallucinations and sleep driving.

Health Canada also warns that zopiclone can be addictive and lead to withdrawal symptoms if someone stops taking it abruptly.

The recall impacts six U-Dream products in Canada, including their “full-night formula” and “lite” version.

Health Canada is urging anyone in possession of the product to contact their doctor immediately and to avoid driving or operating heavy machinery.

In a news release, Biotrade Canada, the company that manufactures U-Dream, said they stopped distributing the product on Nov. 21 after initial concerns from Health Canada.

Health Canada has since suspended U-Dream’s product licence, meaning it is now illegal for any person or company to sell the product.

To date, there have been no confirmed illnesses from the product.