Heightened cancer risk in tall people down to number of cells: study 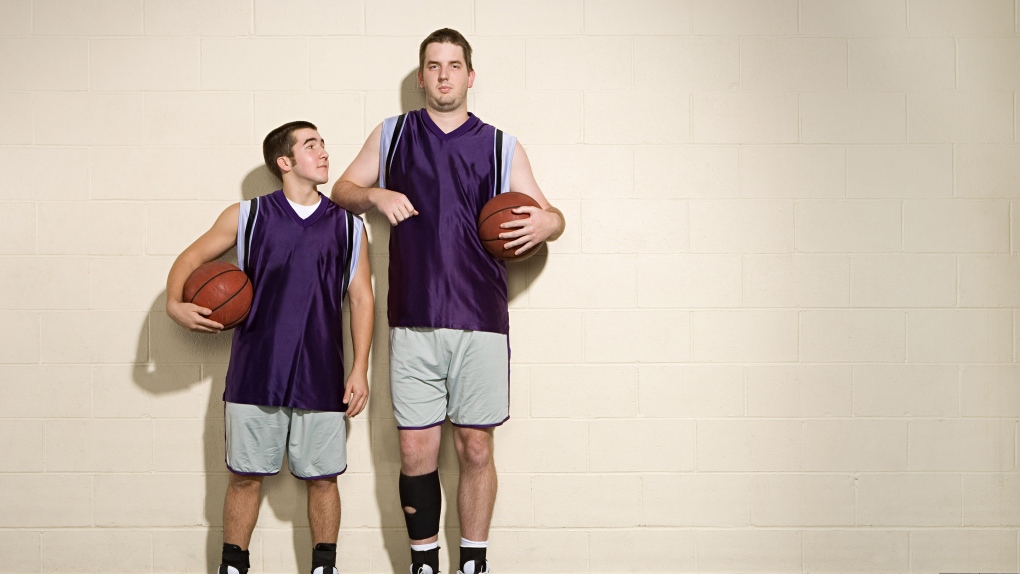 A study suggests that taller people may be at increased risk of melanoma because they have a higher rate of cell division -- and, simply, more skin -- than people of average height. (XiXinXing / Shutterstock)

Taller people have a higher risk of cancer "hard wired" into them partly because they have more cells for the disease to target, a study claimed Wednesday.

Researchers in the U.S. examined populations across three continents and found that the risk of contracting cancer for both men and women increased 10 per cent for every 10 centimetres (four inches) in height.

Cancer develops when the body's normal controls on cell growth stop working, leading to the runaway creation of abnormal cells that manifests as tumours.

A study published in the journal Proceedings of Royal Society B suggests that the risk of several types of cancer is likely higher in taller humans simply because they have more cells, and therefore more opportunities for those cells to become cancerous.

"This means that this extra risk is 'hard wired' and cannot in any obvious way be reduced," lead study author Leonard Nunney of the University of California Riverside told AFP.

It is thought that some larger mammals such as elephants and giraffes -- whose bodies have a far greater number of cells than smaller creatures -- have evolved additional safeguards against cancer.

But there is no evidence that this works the same in individuals within a single species, such as humans.

While scientists have known for a while that taller people tend to be at higher cancer risk, Nunney's study into human populations in the US, Europe and South Korea found that this may be because they have more cells in which something can go wrong.

In particular, taller people were shown to be at increased risk of melanoma because they have a higher rate of cell division -- and, simply, more skin -- than people of average height.

However, the risk of stomach, mouth and cervical cancer in women didn't seem to be affected by height.

While height is largely determined by an individual's genes, Nunney said that childhood environment also has an effect, and therefore likely impacts associated cancer risks.

"Environmental and genetic factors acting during childhood both have a strong effect on adult height," he said.

"There is no reason to believe that their effects on cancer risk would be different, since the driver is the number of cells, not why or how an individual ended up with a given number of cells."

Adulthood obesity is well known to increase an individual's risk of cancer, but for a very different reason to height.

Whereas a person's number of cells increases the taller they get, obesity changes the size of those cells rather than creating more.

"So we can expect the causation of any obesity-related increase in cancer risk to be different from the height effect," Nunney said.

He suggested there should be more research into why large mammals don't appear to have an elevated risk of cancer to see if they have some in-built cell protection that could be replicated in humans.

Although the findings showed that a person's cancer risk goes up roughly in line with their height, Nunney said taller people need not panic as height is far from the sole or leading risk factor for the disease.

"I don't think extreme measures are needed in general: the effect is statistical and relatively small for most people," he said.

He added however that "unusually tall" people could benefit from additional screening: a seven feet two inches (229cm) man has double the risk of developing cancer than a man who is five feet two inches.