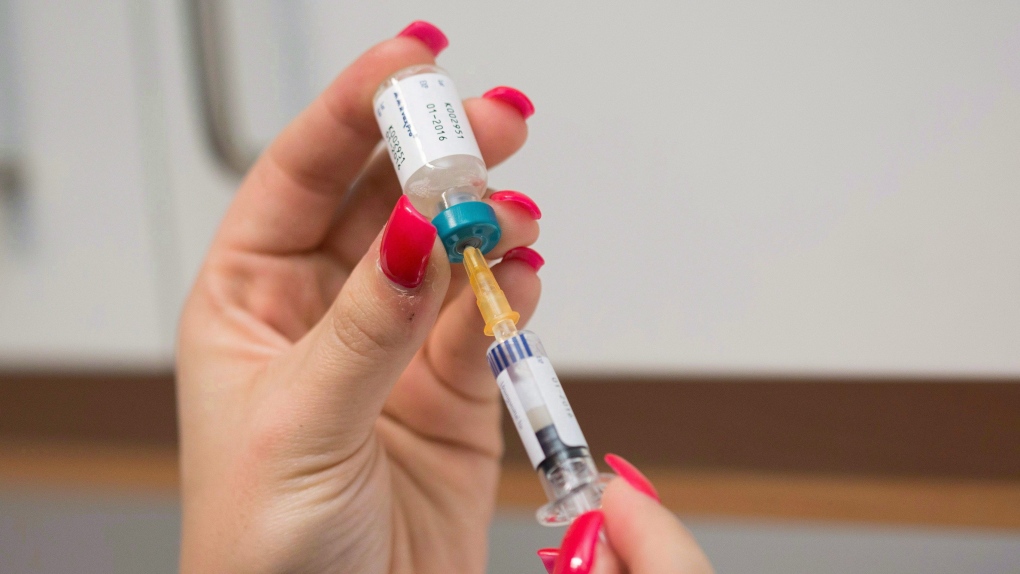 BRAMPTON, Ont. -- Health officials in Brampton, Ont., are warning that residents may have been exposed to measles between March 12 and 17.

A representative from Peel Public Health says the organization has confirmed that a child in Brampton has measles.

They say the child had travelled to a measles-endemic country right before becoming ill.

Measles is a highly contagious disease that spreads easily to those who are not immune or are vulnerable, but people who have had two doses of the measles vaccine are not at risk.

They say that anyone who thinks they may have been exposed should watch for a high fever, cold-like symptoms, sore eyes or sensitivity to light, small spots with a white centre on the inside of the mouth, and a red rash that lasts four to seven days.

Anyone who shows symptoms should call their health-care provider immediately.

Anyone who was in the following places DURING THE TIMES LISTED may have been exposed to measles. The virus can only live outside the body (e.g., on surfaces and door handles) for up to two hours, so people who visited these locations at other times were not exposed.