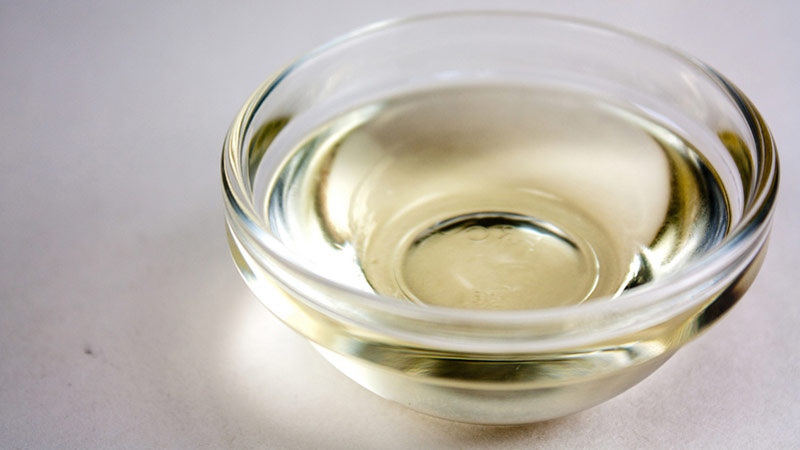 Talk of oil-pulling has been lighting up the Internet. An ancient remedy with its roots in Ayurveda medicine, proponents of oil-pulling say it offers remarkable health benefits.

The practice is simple: swish a natural, high-quality oil in your mouth for a few minutes a day -- much in the same way you would use mouthwash. Coconut and sesame oils are most popular -- in part because they taste the best -- but it can be done with plain old canola or olive as well.

Intended to be an oral health practice, the belief is that plaque and other bacteria that live in our mouths break down better in fats than they do in water -- though many doctors and dentists will dispute that, saying research has yet to prove that claim.

But beyond stronger teeth and gums, oil-pulling supposedly offers a wealth of benefits, which range from cosmetic (whiter teeth, fresher breath, clearer skin and shinier hair) to hopeful (relieving headaches, insomnia and hangovers), to extreme (helping with depression).

I first heard about it about a month ago when a friend of mine posted on Facebook that she was planning on trying it. Intrigued, I read a bit more on the subject and discovered the practice is going through a bit of a resurgence here in North America, potentially due to viral sharing on social media.

When something sounds too good to be true, it often is. But curiosity got the better of me so I decided to try it. Here's what happened:

I decided to start my attempt on my day off from work so if things went horribly wrong, I'd have some time to recover.

I had done a bit of research in advance, going out a couple of weeks ago to buy a jar of coconut oil. Most of my reading suggested that organic, cold-pressed, virgin (unrefined) oil is the best.

I shelled out $26 for a 710-millilitre jar at my local health-food store, opting for the Bali Sun brand. The clerk steered me away from the liquefied coconut oil, which is apparently less "natural" and therefore goes against the spirit of a detoxifying practice. She also showed me cheaper oils that had separated in the way a natural peanut butter would, but suggested the quality was slightly lower.

To begin my pull, I scooped up a full tablespoon and popped the lump into my mouth. The goal was to swish it around in my mouth for 20 minutes, before spitting it out, gargling with salt water (to rinse away any excess oil), and then continuing with my standard brushing and flossing. The pull is supposed to be done first thing in the morning, on an empty stomach, to have the greatest detoxifying effect.

At first "taste," I'd say the term ‘oil’ is a bit misleading when it comes to coconut. The texture was closer to the consistency of lard, which was initially quite off-putting. It took about 10-15 seconds for the oil to melt down, allowing me to start swishing.

In spite of the gag-worthy texture, the taste was surprisingly okay. Coupled with the coconut scent, it reminded me of the filling of a coconut patty (albeit not sweet), which is one of my favourite types of chocolate.

I sat on my couch so I could concentrate on the pull, taking time to breathe through my nose and make certain the oil coated each part of my mouth.

I quickly realized I made a mistake in using a full tablespoon of oil. As the oil mixes with saliva, the liquid doubled in size and became awkward as I continued to swirl it in my mouth. I started watching the clock, uncomfortable the whole time. I made it to 15 minutes before spitting it out – about 13 minutes longer than I wanted to.

My research suggested that the used oil should've changed from white to yellow, signalling that the toxins have been pulled out of your body and into the liquid. That didn't happen. (It's also worth noting that the oil should be spit into the garbage, not down the drain, as all oils can have clogging effects.)

I was also left with a sore stomach and throat -- something that lasted for a couple of hours. In all honesty, I think I was over-zealous in my swishing ... My face had gone a bit numb after five minutes. After a second round of research, a number of blogs on the topic suggest a slow, relaxed swish.

Still skeptical, my second attempt was a little easier.

I opted to use about half the amount of oil, and turned on the TV and checked some emails while I pulled, thinking it'd distract me from the discomfort. I also swished a bit slower.

I actually made it to the 20-minute mark … six minutes over, in fact, when I got distracted by bad reality TV. (We all have our weaknesses.) This time, it felt like I had used too little oil, as my mouth didn't really feel much different than any other morning.

About two hours later, while out for brunch with a friend, I overheard a girl at the next table to us telling her parents about oil-pulling, saying she “loved” it and “her teeth have never been whiter.” As a sidebar, she also claimed to be “really into” aloe water right now, too.

I'm going to pass on slimy water, but it was a small victory to know I'm not the only one who does the foolish things that the Internet tells us to.

Heading back to work after two days off, the pulling had to be incorporated into my morning routine. As my alarm went off, I quickly hopped out of bed, popped a scoopful of oil into my mouth and headed into the shower.

Not sure if it was the practice, the hot shower or the fact that the pulling was happening in the background as I went about my day, I finally felt that I had a good rhythm down for the first time.

My scoop was what I’d call a “heaping teaspoon” -- somewhere between the amounts I used on Day 1 and Day 2. It still expanded in size, but not unbearably so and there was enough to coat my teeth as I went through the swishing motion.

I also got that motion down to a bit of a science: The best analogy I can think of is comparing it to a wave pool at a water park. After the oil melted, I pulled the liquid to the back of my mouth and then used my tongue to push it forward, straining it through my front teeth and then sucking it back around the outsides of my teeth.

And while the movement was continuous, I also made sure it was slow and methodical -- sort of like painting a wall in long, steady strokes.

Call it the power of positive thinking, but Day 3 also marked the first time my mouth actually felt cleaner since starting the process. That gross morning-mouth stickiness was gone, a fresh feeling left behind.

Encouraged by finally striking the right balance, I pushed forward with the practice. But Day 4 also fell on my father’s birthday, so I was pulling at my parents’ home ahead of a family breakfast.

(Quick note: don’t even attempt to talk with a mouthful of liquid ... I had to silently endure teasing of my new-age attempt, rolling my eyes in agreement that it was a silly thing to be trying.)

Also at breakfast was a family friend who says she's tried pulling off and on for years -- before it was "cool" -- mainly as a way to freshen her breath. She's not swayed by the other so-called benefits.

I also learned my health-store-bought brand is way overpriced, and that Costco sells the oil in much larger, much more economical jars.

Having left the jar in a cold car overnight, the oil was a little harder than usual and was slow to melt in my mouth. Without thinking, I tried to chew it a bit ... Bad idea. The oil clumped to my teeth and I had to run my tongue along the surface of my molars to force liquification.

This time I pulled as I drove, which did not distract from Toronto's constant gridlock, as I had hoped. Still, my mouth felt good when I spit it out.

The so-called benefits were negligible. I don't think my teeth are whiter, my skin and hair look the same, and I wouldn't say I avoided any headaches or hangovers. (Though I'm very lucky in that I rarely suffer from either of those last two.)

While my mouth definitely feels cleaner after a pull -- more so than via simple brushing and flossing -- I'm not convinced that that slight benefit is worth the 20-minute trade-off.

That being said, I may continue pulling for another week or two... mainly to get rid of my massive jar of oil.