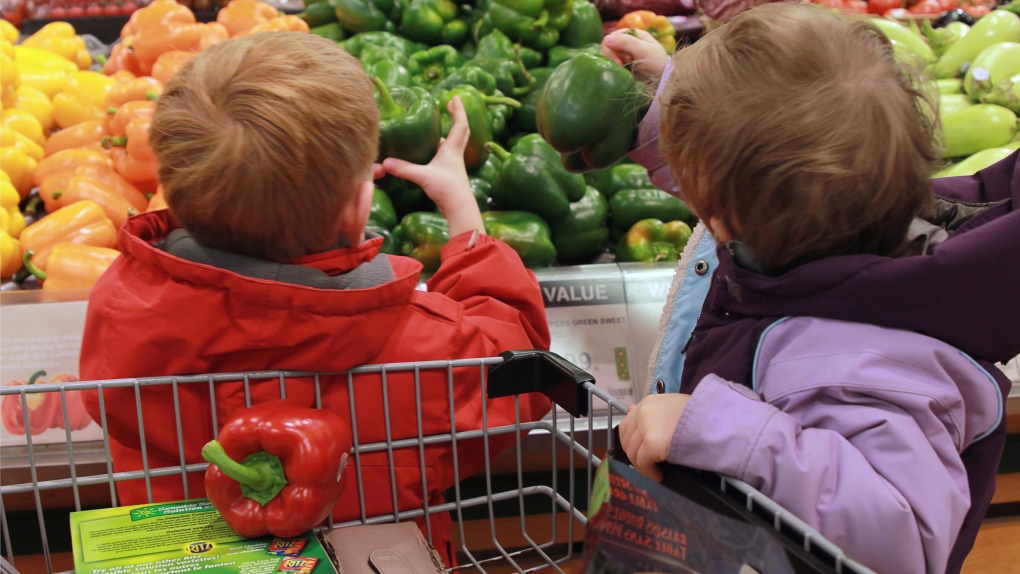 Kids look at vegetables at a grocery store in this undated photo. (THE CANADIAN PRESS/ Dietitians of Canada)

Want your child to eat more vegetables? Rather than smothering broccoli in sauce or cutting carrots into fun shapes, a new study suggests a simple solution: just offer them a lot of variety.

Findings set to appear in the December issue of the journal Appetite showed that the more frequently a particular veggie was offered to a child, the more he or she was likely to enjoy eating it. Also, mothers reported that children ages six months to one year liked vegetables more than two- and three-year olds. In addition, kids tended to like vegetables that their mothers frequently ate, and their enjoyment of vegetables wasn't related to how they were prepared.

A separate study published earlier this year in the journal Psychological Science found that teaching kids about nutrition can boost their vegetable intake. Scientists from Stanford University in the U.S. found that even very young children benefit from a conceptual framework that encourages them to understand why eating a variety of foods is healthy, the researchers said.