Teens who feel 'fat' likely will be as adults: study 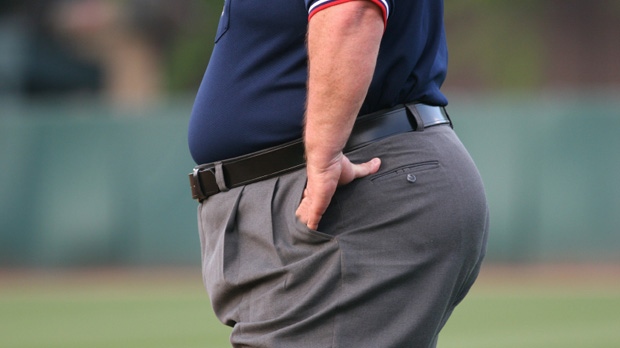 Researchers say they have evidence that teens can really make their dreams come true. But rather than turning thoughts of a successful career into reality, they say teens who imagine they're overweight are more likely to grow up fat.

Researchers at the Norwegian University of Science and Technology's Faculty of Medicine came to the conclusion after analyzing data from a major longitudinal study, looking specifically at the relationship between perceived weight and actual weight over time.

Half of the participants in the the Nord-Trondelag Health Study (HUNT) data set had normal weights as adults. Among those who were overweight, 59 per cent of the girls who thought themselves fat were actually overweight, in terms of body mass index, as adults.

When obesity was measured in terms of waist size, the results were even more striking, as 78 per cent of the girls who had perceived themselves overweight teenagers grew into overweight adults.

On the flip side, in terms of body mass index (BMI), just 31 per cent of girls who did not think they were fat as teens were considered overweight adults. Similarly, the number was 55 per cent, in terms of waist circumference.

"Perceiving themselves as fat even though they are not may actually cause normal weight children to become overweight as adults," NTSU researcher Koenraad Cuypers said in a statement released Wednesday.

Cuypers says there may be many, complex explanations of why teens who think they're fat, even if they're not, are more likely to grow into overweight adults. Chief among the likely factors, he said, include the psychological toll of not having the "ideal body type" portrayed in popular culture.

"The psychosocial stress related to having (or not having) an ideal body type, along with the perception of oneself as overweight, can result in weight gain," according to the study.

But Cuypers says young people who see themselves as “chubby” or “very fat” may also adjust their eating regimen. Skipping meals, for example, has been shown to actually lead to overall weight gain.

Dieting can also lead to weight gain over time, Cuypers notes, since the body tends to try and maintain its pre-diet proportions.

Even when they factored in physical activity, the researchers found that exercise was not enough to counteract the effects of young peoples' feelings of being overweight.

The HUNT survey began in 1984, establishing the health history of 75,000 people living in the Nord-Trondelag county of Norway. In the first adolescent-focused phase of the study, conducted between 1995 and 1997, researchers established the health histories of more than 8,400 teenagers. A follow-up in 2006-2008 surveyed those participants again when they were between 24 and 30 years old. Cuypers’ research is based on the 1,196 people who participated as teens and then again as young adults.

Overall, normal weight teens who initially rated themselves fat in the initial phase of the HUNT survey had BMIs that were, on average, 0.88 higher than those who had not. Their waist circumference also measured, on average, 3.46 cm larger.

Although the researchers say the results of their study of the link between body perception and eventual body size are mirrored in other research that has focused on both adult men and women, they note the differences between girls and boys in their investigation as cause for concern.

Pointing to the difference between teen boys and girls -- where less than 10 per cent of young males who think they're fat grow up to be compared with 22 per cent of females -- they say the influence of media images may be to blame.

Because the media tends to focus on notions of ideal female beauty more than male beauty, girls are subjected to disproportionate psychosocial pressure.

"Society needs to move away from a focus on weight, and instead needs to emphasize healthy eating habits, such as eating regular and varied meals and eating breakfast," Cuypers wrote, suggesting adequate sleep and physically active lifestyles are also key to overall good health.

"The weight norms for society must be changed so that young people have a more realistic view of what is normal. In school you should talk to kids about what are normal body shapes, and show that all bodies are beautiful as they are. And, last but not least: The media must cease to emphasize the super model body as the perfect ideal, because it is not."

The results of the study are published in the Journal of Obesity.