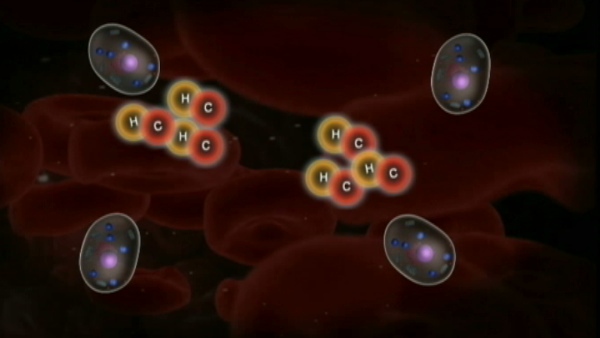 NEW YORK -- A huge international effort involving more than 100 institutions and genetic tests on 200,000 people has uncovered dozens of signposts in DNA that can help reveal further a person's risk for breast, ovarian or prostate cancer, scientists reported Wednesday.

It's the latest mega-collaboration to learn more about the intricate mechanisms that lead to cancer. And while the headway seems significant in many ways, the potential payoff for ordinary people is mostly this: Someday there may be genetic tests that help identify women with the most to gain from mammograms, and men who could benefit most from PSA tests and prostate biopsies.

And perhaps farther in the future these genetic clues might lead to new treatments.

"This adds another piece to the puzzle," said Harpal Kumar, chief executive of Cancer Research U.K., the charity which funded much of the research.

One analysis suggests that among men whose family history gives them roughly a 20 per cent lifetime risk for prostate cancer, such genetic markers could identify those whose real risk is 60 per cent.

The markers also could make a difference for women with BRCA gene mutations, which puts them at high risk for breast cancer. Researchers may be able to separate those whose lifetime risk exceeds 80 per cent from women whose risk is about 20 to 50 per cent. One doctor said that might mean some women would choose to monitor for cancer rather than taking the drastic step of having healthy breasts removed.

Scientists have found risk markers for the three diseases before, but the new trove doubles the known list, said one author, Douglas Easton of Cambridge University. The discoveries also reveal clues about the biological underpinnings of these cancers, which may pay off someday in better therapies, he said.

Experts not connected with the work said it was encouraging but that more research is needed to see how useful it would be for guiding patient care. One suggested that using a gene test along with PSA testing and other factors might help determine which men have enough risk of a life-threatening prostate cancer that they should get a biopsy. Many prostate cancers found early are slow-growing and won't be fatal, but there is no way to differentiate and many men have surgery they may not need.

Easton said the prospects for a genetic test are greater for prostate and breast cancer than ovarian cancer.

Breast cancer is the most common malignancy among women worldwide, with more than 1 million new cases a year. Prostate cancer is the second most common cancer in men after lung cancer, with about 900,000 new cases every year. Ovarian cancer accounts for about 4 per cent of all cancers diagnosed in women, causing about 225,000 cases worldwide.

The new results were released in 13 reports in Nature Genetics, PLOS Genetics and other journals. They come from a collaboration involving more than 130 institutions in the United States, Europe, and elsewhere. The research was mainly paid for by Cancer Research U.K., the European Union and the U.S. National Institutes of Health.

Scientists used scans of DNA from more than 200,000 people to seek the markers, tiny variations in the 3 billion "letters" of the DNA code that are associated with disease risk.

The scientists found 49 new risk markers for breast cancer plus a couple of others that modify breast cancer risk from rare mutated genes, 26 for prostate cancer and eight for ovarian cancer. Individually, each marker has only a slight impact on risk estimation, too small to be useful on its own, Easton said. They would be combined and added to previously known markers to help reveal a person's risk, he said.

A genetic test could be useful in identifying people who should get mammography or PSA testing, said Hilary Burton, director of the PHG Foundation, a genomics think-tank in Cambridge, England. A mathematical analysis done by her group found that under certain assumptions, a gene test using all known markers could reduce the number of mammograms and PSA tests by around 20 per cent, with only a small cost in cancer cases missed.

Among the new findings:

-- For breast cancer, researchers calculated that by using all known markers, including the new ones, they could identify 5 per cent of the female population with twice the average risk of disease, and 1 per cent with a three-fold risk. The average lifetime risk of getting breast cancer is about 12 per cent in developed countries. It's lower in the developing world where other diseases are a bigger problem.

-- For prostate cancer, using all the known markers could identify 1 per cent of men with nearly five times the average risk, the researchers computed. In developed countries, a man's average lifetime risk for the disease is about 14 to 16 per cent, lower in developing nations.

--Markers can also make a difference in estimates of breast cancer risk for women with the BRCA1 or BRCA2 gene mutations. Such women are rare, but their lifetime risk can run as high as 85 per cent. Researchers said that with the new biomarkers, it might be possible to identify the small group of these women with a risk of 28 per cent or less.

For patients like Vicki Gilbert of England, who carries a variation of the BRCA1 gene, having such details about her cancer risk would have made decision-making easier.

Gilbert, 50, found out about her genetic risk after being diagnosed with the disease in 2009. Though doctors said the gene wouldn't change the kind of chemotherapy she got, they suggested removing her ovaries to avoid ovarian cancer, which is also made more likely by a mutated BRCA1.

"They didn't want to express a definite opinion on whether I should have my ovaries removed so I had to weigh up my options for myself," said Gilbert, a veterinary receptionist in Wiltshire. "...I decided to have my ovaries removed because that takes away the fear it could happen. It certainly would have been nice to have more information to know that was the right choice."

Gilbert said knowing more about the genetic risks of cancer should be reassuring for most patients. "There are so many decisions made for you when you go through cancer treatment that being able to decide something yourself is very important," she said.

Dr. Charis Eng, chair of the Genomic Medicine Institute at the Cleveland Clinic, who didn't participate in the new work, called the breast cancer research exciting but not ready for routine use.

Most women who carry a BRCA gene choose intensive surveillance with both mammograms and MRI and some choose to have their breasts removed to prevent the disease, she said. Even the lower risk described by the new research is worrisomely high, and might not persuade a woman to avoid such precautions completely, Eng said.