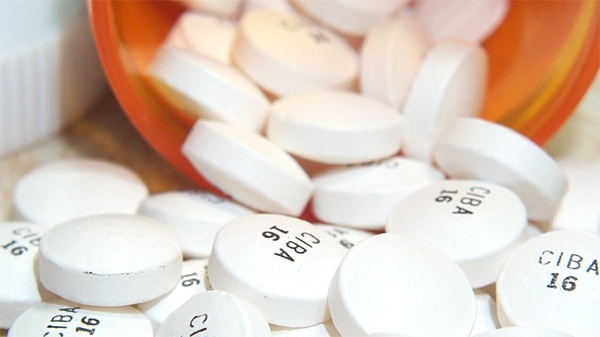 TORONTO -- Doctors should think twice about prescribing drugs like Ritalin and Adderall used to treat attention deficit disorder to healthy individuals seeking to boost their brain power, says an article in the Canadian Medical Association Journal.

The authors say prescription stimulants are used by some people for cognitive enhancement in the absence of any medical need.

"These would be any types of medications that would help people enhance their concentration, memory, cognitive function in general, when they don't necessarily have any type of symptom or illness to be treated with these medications," said lead author Cynthia Forlini, a PhD candidate in neuroethics at McGill University.

"So we're talking about healthy individuals who are approaching their doctors for some kind of an edge in their performance," she said Monday from Montreal.

There is little data in Canada on how widespread the practice is, but some studies suggest that between one per cent and 11 per cent of university students take cognitive-enhancing medications, obtaining them through peers or black market channels.

"So we can't say exactly how big of a problem this is, but it is nonetheless something that needs to be considered from a physician's point of view."

Forlini and her co-authors argue there are several reasons why doctors should avoid prescribing ADD drugs to patients who don't have symptoms of attention deficit disorder or related conditions.

For one, it's unclear whether the medications confer any benefit -- and their side-effects may cause harm.

"There isn't a lot of evidence to suggest that these medications actually work for healthy individuals," she said, noting that while some studies have shown modest effects, much of the evidence has been anecdotal.

"But there's no kind of resounding call to say this is something that is supported by scientific data."

Dr. David Juurlink, head of clinical pharmacology and toxicology at Sunnybrook Health Sciences Centre in Toronto, said the potential harms associated with the drugs are important for doctors -- and patients -- to consider.

"And those would include, but are not limited to, increased blood pressure, increased risk of stroke and myocardial infarction (heart attack), psychosis and insomnia, as well as the potential risk of addiction."

The authors suggest that prescribing cognitive enhancers to healthy people is not a good use of resources under Canada's publicly funded health-care system.

Indeed, at certain points during the ongoing drug shortage, some people diagnosed with ADD were unable to obtain the prescription medications they needed, she said.

Doctors, whether neurologists, psychiatrists or general practitioners, have a "stewardship" responsibility to distribute health-care resources in an appropriate manner, the authors stress.

While guidelines by the American Academy of Neurology say doctors can prescribe these drugs to patients without an ADD diagnosis, they are neither ethically obliged nor ethically prohibited to do so when asked by a patient.

"What we want to say to physicians is that they should seriously consider all of the aspects ... when faced with requests," Forlini said. "In the end, the conclusion might be that they should not be prescribing.

"So there is a difference here between can and should, where one is permission but the others draw upon responsibilities that physicians may have that go beyond whether they can or can't do something."

Juurlink agrees with the authors' conclusion that care needs to be taken when considering "off-label" uses for ADD drug.

That may become more problematic after the publication of the DSM-5, an updated version of the American Psychiatric Association's Diagnostic and Statistical Manual of Mental Disorders, due out in May.

It's been suggested that the DSM-5 will expand diagnostic criteria for some mental disorders, possibly meaning more people will be considered to have certain conditions.

"The DSM-5, as I understand it, may allow physicians to diagnose adult ADD or ADHD (attention deficit hyperactivity disorder) more readily," said Juurlink, suggesting drug companies could see an even larger potential market from more people seeking to be "cognitively enhanced."

"And I have some concern about what the landscape is likely to look like five or 10 years from now with regards to how frequently amphetamine-like drugs are used."