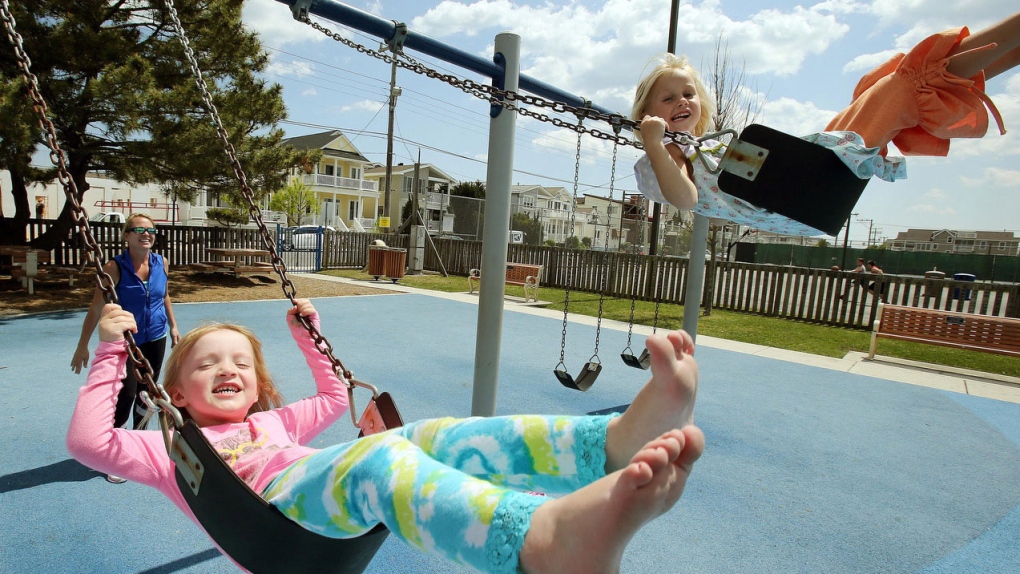 TORONTO -- As children gear up to participate in sports leagues and camps this summer, experts say it's important to ensure time is also devoted for youngsters to enjoy less structured outdoor, active play.

"We need to let (children) go play in the sandpit and run through the stream and get their shoes dirty and get grass stains on their knees," he said in an interview at the recent Global Summit on the Physical Activity of Children in Toronto.

"The beauty of that sort of freedom is there's limitless opportunity. It's only at the limits of the mind to create ... what can you do with yourself, what can you do chasing a frog. And every day, it can be a new adventure. It doesn't cost anything."

William Pickett, head of the department of community health and epidemiology at Queen's University in Kingston, Ont., said there are obvious fitness benefits to active play and physical activity. But Pickett said it can offer a boost in other ways, such as "subtle benefits" to emotional health, like feeling a connection to nature.

"I think (the concept of) allowing our kids room to move needs to be expanded," said Tremblay, director of Healthy Active Living and Obesity Research Group at the Children's Hospital of Eastern Ontario Research Institute.

"When we look across at other countries, those that are excelling have done that. It's either inherent in the way they live, or they've been able to allow... the interaction with nature and the outdoors to just occur organically -- whereas it's anything but organic in our society.

"I think we need that better balance of active transportation, active play, organized sport, incidental movement -- all of those pieces regularly, inherent, pervasive throughout the day," he added.

Yet, while many of Canada's kids have access to parks and playgrounds and take part in organized sports, the physical activity levels of the country's youngsters lagged near the back of the pack among 15 countries, according to a recent report.

The Report Card on Physical Activity for Children and Youth saw Canada assigned a D minus for overall physical activity levels with only seven per cent of five- to 11-year-olds and four per cent of 12- to 17-year-olds meeting recommended guidelines of 60 minutes of moderate to vigorous activity daily. What's more, Canadian kids earned a failing grade due to hours spent being idle, expending little movement or energy.

No grade was available on the report card in the category of active play due to limited research in the area and the lack of an evidence-based benchmark. However, parents of kids aged five to 11 reported that the youngsters only get 4.1 hours of physical activity a week while taking part in unorganized physical activities outside of school -- whether alone or with a friend.

Deb Lowther, who writes about fitness and nutrition on her website Raising Healthy Kids, works diligently to model an active lifestyle for her three daughters: 12-year-old Julia, 10-year-old Brooke and eight-year-old Amy.

The Burlington, Ont., resident is an avid runner, and both she and her husband, Stuart, participated in a half Ironman triathlon last year. Whether they're hiking, skiing or taking a dip in the backyard pool, being active is a pivotal part of family life for both parents and kids.

Still, the girls are also afforded the chance to take part in less structured play. Lowther said they keep the garage stocked with hula hoops, skipping ropes, basketballs, bikes and other equipment to help keep the kids moving.

"There's a whole bin of stuff there to take out and have fun," Lowther said.

"If you're a parent that's not that active, it's still super easy to get your kids active doing stuff. ... One of the issues is giving kids the time."