'IQ' as a measure of intelligence is a myth, says Western U. team

A research team from the University of Western Ontario is re-thinking how society measures human intelligence.

A landmark study coming out of Western’s Brain and Mind Institute has proved that the notion of measuring intelligence quotient, more broadly known as the IQ, by means of a standardized test is highly misleading.

Through an open online study available to anyone, the research team asked 100,000 voluntary respondents to complete 12 cognitive tests drawing on memory, reasoning, attention and planning abilities. Respondents were also asked to complete an accompanying survey about their background and lifestyle habits. Respondents could find the test at a free website called cambridgebrainsciences.com

The results, published Wednesday in the neuroscience journal Neuron, showed that when a collective of cognitive abilities are explored, at least three distinct components -- short term memory, reasoning, and verbal -- can explain variations in intellectual performance.

No singular component explained everything, said Adrian M. Owen, a Canada Excellence Research chair and senior investigator on the project said in an interview with CTV News.

With an unexpected influx of respondents that varied in age, culture, geographical location and creed, the results also provided information about how factors such as age, gender and computer-gaming tendencies influence brain function.

“The one thing that really shone through in the data was that there is no one factor that you can use to characterize our intellectual ability,” he said.

Regular brain training didn’t help people’s cognitive performance at all, however aging had a profound negative effect on both memory and reasoning abilities, Owen said in a statement.

The research also delivered intriguing results associated with social activities such as computer games and smoking.

Adam Hampshire, who worked on the study with Owen at Western’s Brain and Mind Institute said the study found that people who play computer games performed “significantly better” in reasoning and short-term memory exercises.

Eyal Reingold, a psychology professor at the University of the Toronto, says the research team’s results are consistent with other scientific study on the nature of human intelligence, much of which dispels the notion of unitary intelligence.

“It’s a very naïve concept but very powerful and has, in our culture, a strong hold on people,” Reingold said in an interview with CTV News.

Current research supports the concept of multiple types intelligences, Reingold said, rather than a “single, underlying intelligence” across all domains.

As a result, Reingold said IQ numbers should not be used as a determining social instrument in schools and for employment screening, but as one informative component of a comprehensive neuropsychologist assessment.

“The notion that you have this number that can dictate how far you go is extremely dangerous,” Reingold said, adding teachers, students and parents may expect less of a student if they think they are “less smart” by the IQ testing standards.

An IQ number also doesn’t take into account motivation, and social competencies such as emotional intelligence, he added.

Millie Norry, president of Mensa Canada, an international high-IQ society that requires members to have an IQ score in the top two percent of the population, says there is a misconception that IQ measures one singular aspect of intelligence. She says IQ tests, of which there are many, analyze a combination of skills including memory, reasoning, and spatial observations.

“I think that research paper doesn’t debunk anything, it confirms the current thought in psychology that IQ is a whole bunch of mental abilities,” she said.

Mensa provides both an outlet to study intelligence and a stimulating and social environment for its members, some of whom have trouble fitting in and find support at Mensa events, she said.

“I think it’s important to remember that people with high IQs are not necessarily at the top of their success tree in life,” she said. “We still have the same challenges as everybody else: focusing and paying attention and getting along socially with our friends.“

“High IQ is not the answer to success in life, but (it) helps,” she added.

Owen said standardized tests in use today require an upgrade or new design to keep in line with modern tools that were not available many years ago when the tests were first developed.

“We need a broader view of what brainpower really is,” he said.

To further their research, the team has launched a new version of tests with “more fascinating questions about variations in cognitive ability that we want to answer,” Hampshire said. 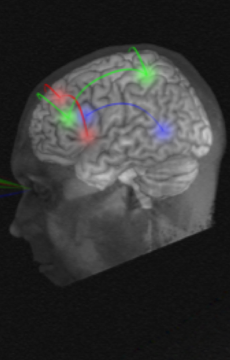