How much real meat is in a chicken nugget? Less than you think, study finds 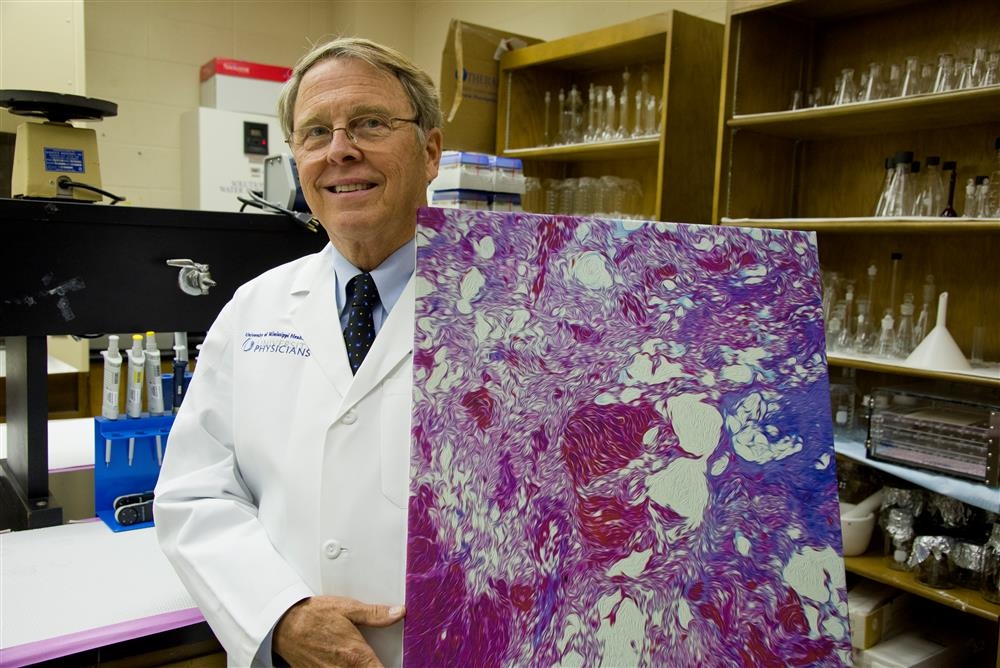 Dr. Rick deShazo with an enlarged picture of the microscopic chicken nugget section.

What's really in a chicken nugget? If your answer is chicken meat, you might be only half right.

A new study that dissected chicken nuggets from two fast-food chains has found that some nuggets contain less than 50 per cent of actual chicken meat. The rest was chicken fat, along with bone, skin, connective tissue and cells from the lining of the chicken's internal organs.

The study, published in the American Journal of Medicine, was conducted by a professor of medicine at the University of Mississippi Medical Center, along with a pathologist.

Together, they conducted what they call "autopsies" of nuggets from two unnamed fast-food chains. They dissected the samples, stained them and examined them under a microscope to see what kind of chicken cells they contained.

The first nugget contained about 50 per cent "meat" – meaning muscle tissue from the breast or thigh. The rest was a mix of material from other parts of the chicken, including fat, blood vessels and nerve fibres. The second nugget was only 40 per cent muscle tissue and also contained bone fragments and connective tissue.

“I was floored. I was astounded,” the lead author, Dr. Richard deShazo, a professor of medicine at the University of Mississippi Medical Center, said in a video statement. “Actually seeing this under the microscope is a whole lot different than reading numbers on a webpage or something.”

The researchers published their findings in a paper cheekily entitled "The Autopsy of Chicken Nuggets Reads 'Chicken Little'". They conclude that the two chicken nugget samples examined were "mostly fat" and therefore their name was "a misnomer."

DeShazo says some food companies have chosen to take what is normally a healthy food – white chicken meat – and turn itinto something that's not as healthy by adding in a mixture of chicken parts, battering it, and frying it.

The result, he says, can't really be called chicken meat.

"It is really a chicken by-product, high in calories, salt, sugar and fat that is a very unhealthy choice," he said in a statement.

Eating chicken nuggets occasionally within the scope of a healthy diet is likely fine, he said. But many children are served these nuggets regularly.

“My concern is that these constitute a large part of people’s diets, particularly children,” he said.

“When you fry any food, you’ve got a problem because you add a lot of calories to it. And we eat high-fat foods like chicken nuggets rather than fresh fruits and vegetables.”

Two nuggets is a small sample size, deShazo acknowledged, and said the study was not meant to be a comprehensive study of all chicken nuggets.

He also noted that some fast-food chains have begun to use primarily white meat in their nuggets. But he says it's clear that wasn't the case in the nuggets he examined.

"We just don't take the time to understand basic nutritional facts. This is a health literacy issue," he said.