Crisis hotline operators reaching out to teens, 1 text at a time 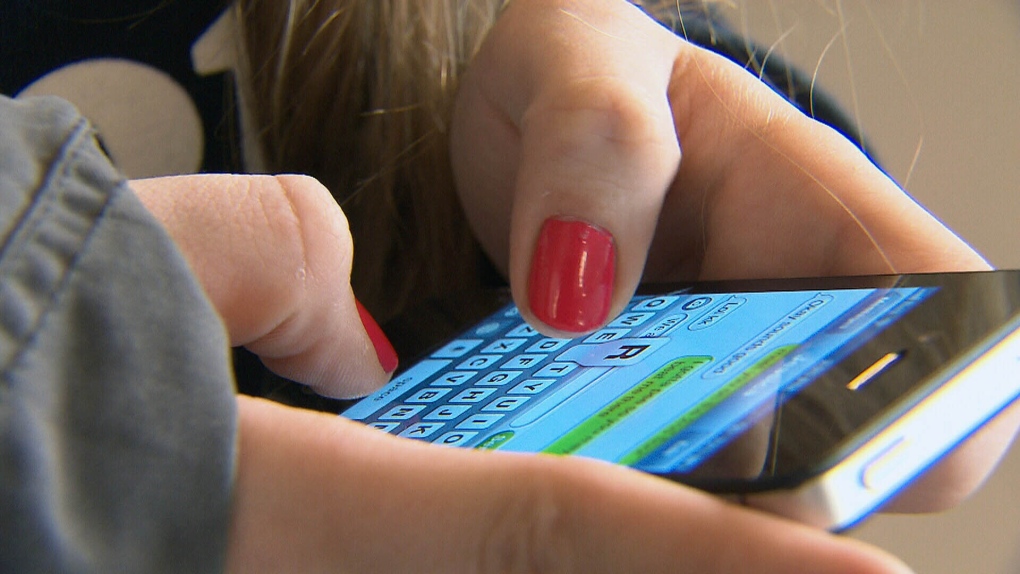 A local politician wants Montreal city council to become the next municipality to consider allowing residents to use text messages to communicate with 911 emergency operators.

NEW YORK -- They stream in from teens around the United States, cries for help often sent in by text message.

"I feel like committing suicide," one text read. "What's the suicide hotline number?" Another asked: "How do you tell a friend they need to go to rehab?"

DoSomething.org, an organization that encourages activism among young adults, gets plenty of text messages asking for help, but it isn't a hotline. So the non-profit's CEO, Nancy Lublin, is leading an effort to establish an around-the-clock text number across trigger issues for teens in the hope that it will become their emergency line, perhaps reaching those who wouldn't otherwise seek help using more established methods of telephone talking or computer-based chat.

"Most of the texts we get like this are about things like being bullied," Lublin said. "A lot of things are about relationships, so we'll get texts from kids about breakups, or 'I like a boy, what should I do?' But the worst one we ever got said, 'He won't stop raping me. It's my dad. He told me not to tell anyone. Are you there?"'

Lublin hopes the Crisis Text Line, due to launch in August, will serve as a New York-based network, shuttling texts for help to partner organizations around the country, such as The Trevor Project for gay, lesbian, bisexual and questioning youth or other groups already providing hotlines on dating and sexual abuse to bullying, depression and eating disorders.

As more teens have gone mobile, using their phones as an extension of themselves, hotline providers have tried to keep up. Fewer seem to operate today than in decades past. A smattering reach out through mobile text, including Teen Line in Los Angeles, though that service and others offer limited schedules or specialize in narrow areas of concern when multiple problems might be driving a teen to the brink.

Some text providers operate in specific places or rely on trained teen volunteers to handle the load across modes of communication. Several agreed that text messaging enhances call-in and chat options for a generation of young people who prefer to communicate by typing on their phones, especially when they don't want parents, teachers, friends or boyfriends to listen in.

Katie Locke, 26, in Philadelphia was one of those teens in 2006, when she found herself in a suicidal panic after a fight with an old friend.

At 18, she said she grabbed her phone, left her college dorm room and headed out in the cold to sit on a bench to talk with a worker on a crisis phone line she knew from one of her favourite blogs. The number was the only one she had handy and it didn't offer text, which she would have preferred.

"People don't always have the (mobile phone) minutes or aren't in a position where they can speak aloud if they're in danger from somebody around them," Locke said. "I know for me there were other times when I probably should have called a crisis hotline and didn't because of the anxiety about calling. That was such an enormous barrier, to have to dial a phone number."

The organization launched phone and computer-based chat in 2007, and chat quickly grew to the more heavily used method of contact. The Austin, Texas-based group launched text in 2011 and it's now about 20 per cent of the operation, Pinero said.

According to research from the Pew Internet & American Life Project, one in four teens is a "cell-mostly" Internet user. Texting among teens increased from about 50 texts a day in 2009 to about 60, with the number running into hundreds for some.

"Phone calls are not the way young people express themselves," said Danah Boyd, a senior researcher at Microsoft Research and an assistant professor of media, culture and communication at New York University.

Comparisons of text hotline volume and efficiency are hard to come by. Researcher Deb Levine, executive director and founder of the non-profit ISIS, for Internet Sexuality Information Services, said it's clear the number of hotlines of all kinds has declined significantly since a heyday in the 1980s.

But chat and text help have been on the rise for more than two years, she said. Most are small-scale operations serving specific communities, said Levine.

The Planned Parenthood Federation of America is in its second year of running one of the largest text and chat outreach operations for people ages 15 to 24, targeting African-American and Latino youth through promotional campaigns on MTV, websites and mobile providers, social media, wallet cards, video and Seventeen magazine.

Through February, nearly 185,000 conversations -- 22,447 via text -- were recorded, according to Planned Parenthood. About a third of conversations on health-related topics -- including birth control, abortion and pregnancy tests -- were with users both under 25 and African-American or Latino.

Debbie Gant-Reed sees the need every day. She's the crisis lines co-ordinator at a 24-hour help line in Reno, Nevada, called the Crisis Call Center. The centre has been providing 24-hour text help for two and a half years, fielding about 500 text conversations a month.

"We're now taking texts from all over the country," she said. "You can chat all you want but you're going to get older people. Young people don't chat. They text."