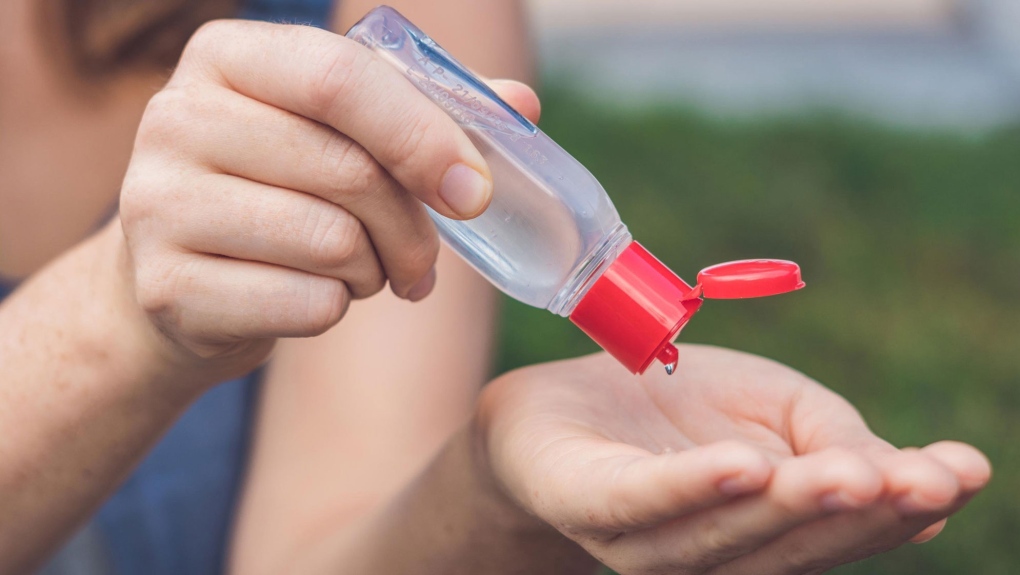 TORONTO -- Health Canada has announced a recall for a number of “Anti-Microbe” hand sanitizer products, some of which were distributed to schools in Quebec for children to use.

In an advisory posted Friday, the agency said the company Atoms F.D. Inc was recalling several hand sanitizers that had 0.3 per cent benzalkonium chloride in them. All of the hand sanitizers recalled either had “Anti-Microbe" in their name or had the Drug Identification Number (DIN) of 02248351.

The products are being recalled because the level of benzalkonium chloride in them is twice the amount allowed for personal or domestic use.

Health Canada warns that this higher concentration of benzalkonium chloride could cause itchy or dry skin in individuals who use it daily.

“In some cases, peeling, swelling or blistering can occur,” the agency wrote.

Those who are particularly susceptible to having negative reactions due to daily use of these products include young children, adolescents and people with skin conditions such as eczema.

“Health Canada is aware that some products were distributed to various schools in Quebec, for use by children,” the recall stated. "The products were also sold online and in stores to the general public, mainly in Ontario and Quebec.”

Atoms F.D. Inc has been directed to recall the affected products from the market and correct the labelling to make it clear that they are to be used for industrial purposes.

The company also had sold the product to other distributors and private labels. These are the products currently known to be affected by the recall, but Health Canada notes that there could be others.

If you are in possession of any of these hand sanitizers or others with the DIN 02248351, Health Canada is asking that you cease using them at once and either follow your regional guidelines on disposing of chemicals, or return the product to your local pharmacy to be disposed of.