Having mono in adolescence may increase MS risk later in life: study 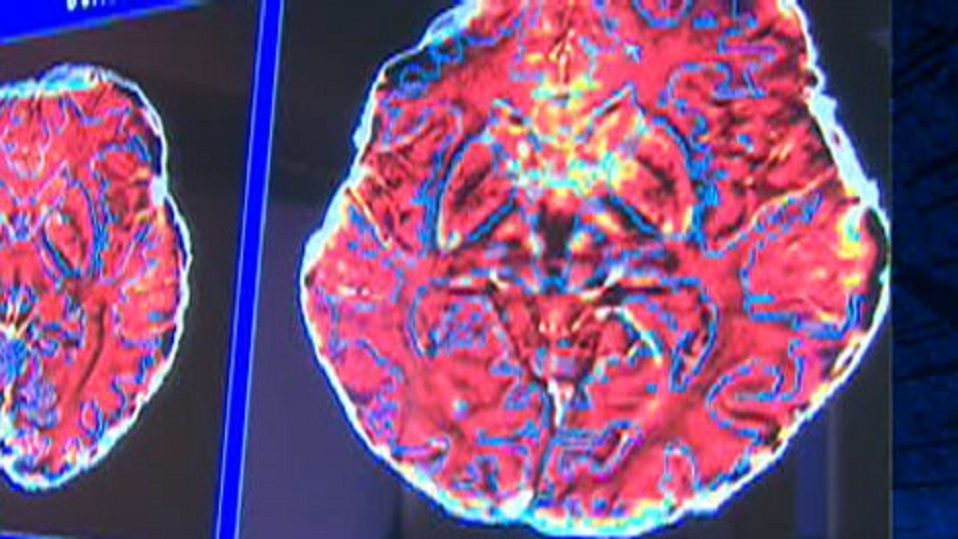 A scan showing multiple sclerosis is seen in this file photo.

TORONTO -- Having infectious mononucleosis, more commonly known as "mono," during childhood and adolescence may be a risk factor for developing multiple sclerosis (MS) later in life, a new study suggests.

The study, published Oct. 11 in the peer-reviewed medical journal JAMA Network Open, found that a mono infection during teenage years was associated with the development of MS after age 20, independent of shared family factors and genetic risk.

According to the study, infectious mononucleosis (IM) is an acute, viral infection also known as glandular fever or the "kissing disease," as the infection is spread through bodily fluids, especially saliva. The Epstein-Barr virus (EBV) is the most common cause of IM, but other viruses can also cause this disease.

According to the U.S. Disease Control and Prevention Center, at least one out of four teenagers and young adults infected with EBV will develop mono.

The study's authors note that adolescence may be "an important period of susceptibility" in developing an association between IM and MS as this group may be exposed to greater environmental factors that can lead to mono infection.

"Because MS may have an asymptomatic or prodromal period of approximately 5 to 10 years before clinical onset, a diagnosis of IM in adolescence could potentially signal that IM is a consequence of prodromal MS," the study's authors wrote.

The researchers evaluated nearly 2.5 million individuals born in Sweden between 1958 and 1994, and participants aged 20 years were followed up with every 15 years from 1978 through 2018 for subsequent MS diagnosis.

"There were associations observed between infectious mononucleosis in childhood and adolescence and an increased risk for an MS diagnosis. This association remained significant after controlling for shared familial factors," the author's wrote.

However, the study notes that there was not a similar association between mono infection in early adulthood and subsequent MS diagnosis after taking into account family genetics.

Researchers report that this "age-defined pattern of risk" may reflect variation in susceptibility to infection exposures as the immune system develops and changes during adolescence.

The study had some limitations as mono diagnosed and treated in primary care could not be included, and hospital-based outpatient diagnoses were not available until 2001. Researchers note that this likely resulted in a selection of "more severe acute manifestations of the infection."

According to the study, some IM and MS diagnoses may be missing due to incomplete national coverage for inpatient registrations before 1987, as well as the unavailability of outpatient information before 2001.

While the IM infection itself is not a risk factor for triggering MS, the study's authors say it could help to identify those more likely to have MS later on.

"Our findings lend further weight to the notion that Epstein-Barr virus plays a role in pathogenesis, where the pattern of exposure and acute manifestation of the infection are relevant, rather than being a bystander phenomenon due to MS disease activity or susceptibility to MS resulting in a greater likelihood of IM," the study's authors wrote.