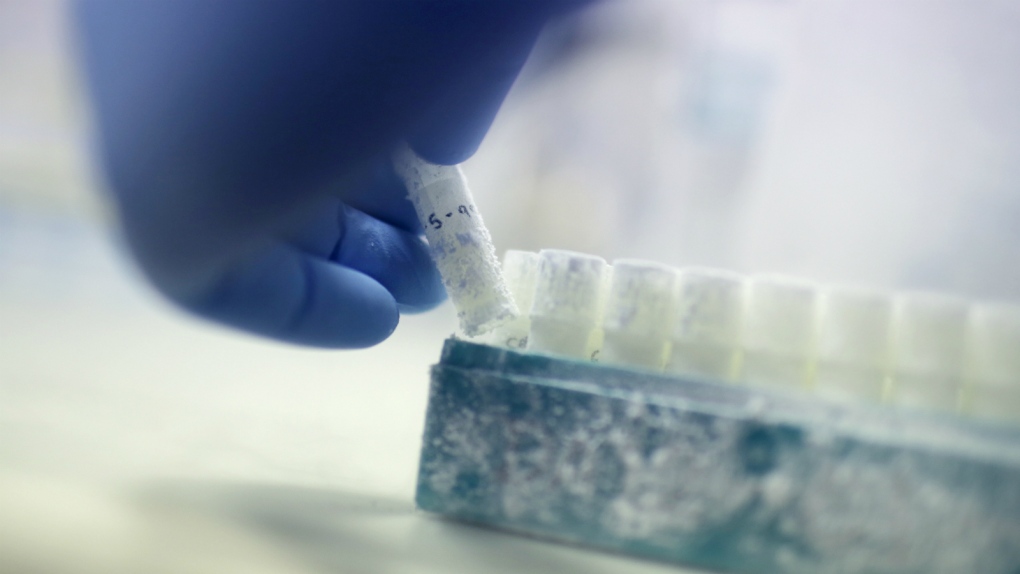 ATLANTA -- A couple who accused a sperm bank of misrepresenting its process for screening donors and providing incorrect medical and educational history of the donor they selected can proceed with a lawsuit against the sperm bank, Georgia's highest court ruled Monday.

A Fulton County judge had dismissed all but one of the claims in the lawsuit the Normans had filed in November 2017 against the sperm bank, Xytex Corporation, and the intermediate appeals court, the Georgia Court of Appeals, had upheld that ruling.

The Georgia Supreme Court partially reversed that ruling, sending the case back to the trial court for some of the claims to be decided.

“It feels great and it's justice,” said Nancy Hersh, an attorney for the couple, Wendy and Janet Norman.

Because the trial court dismissed the case at an early stage, the high court had to rely on “unproven allegations” by the plaintiffs, said Ted Lavender, an attorney for Xytex.

“If this case does move forward, Xytex is confident in the actual evidence that exists to refute the allegations,” he wrote in an email.

The Normans bought sperm from Xytex, and Wendy Norman gave birth to a son in 2002. As the boy got older, the Normans discovered he had inherited serious medical and mental health problems, some requiring multiple hospitalizations, according to the lawsuit.

The Normans sued Xytex, the medical director at its Atlanta location and an employee. The lawsuit seeks damages, alleging fraud, negligent misrepresentation, battery, negligence unfair business practices, false advertising, unjust enrichment and other wrongdoing. They also sought to require Xytex to release information about the donor.

The Normans chose Donor #9623, whom Xytex promoted as one of its best donors, a Ph.D. candidate with an IQ of 160, a clean mental health history and no criminal record.

But they later discovered that wasn't true. The donor had lied and had actually been hospitalized repeatedly for diagnosed mental health problems, including psychotic schizophrenia, the lawsuit says. He also had been arrested for burglary and other crimes and had no college degree at the time the Normans bought his sperm, the suit says.

Xytex argued that the lawsuit brings claims for “wrongful birth,” which are barred under a 1990 Georgia Supreme Court ruling, that said “we are unwilling to say that life, even life with severe impairments, may ever amount to a legal injury.” That precedent has resulted in the dismissal of other similar lawsuits filed in Georgia, though cases filed in other states have resulted in settlements, Hersh said.

In Monday's unanimous opinion, Justice Nels Peterson said that stance remains unchanged, noting that the high court has repeatedly declined to allow damages in cases “that necessarily presume that life itself can ever be an injury.”

“We reaffirm that rule today,” the opinion says. “But that rule does not fully resolve this appeal, which is about what sort of damages the rule actually bars.”

The Court of Appeals should not have broadly applied the precedent to all of the claims in the lawsuit because some of the claims for damages “do not necessarily state their child's birth as an injury,” Peterson wrote.

For example, the opinion says, the lawsuit invoked Georgia's Fair Business Practice Act, claiming Xytex misrepresented the quality of its goods and services. Hersh said that part of the opinion is very helpful for their case.

The next step, she said, will be to figure out which claims for damages fit under the high court's rulings so they can go back to the trial court to pursue them.