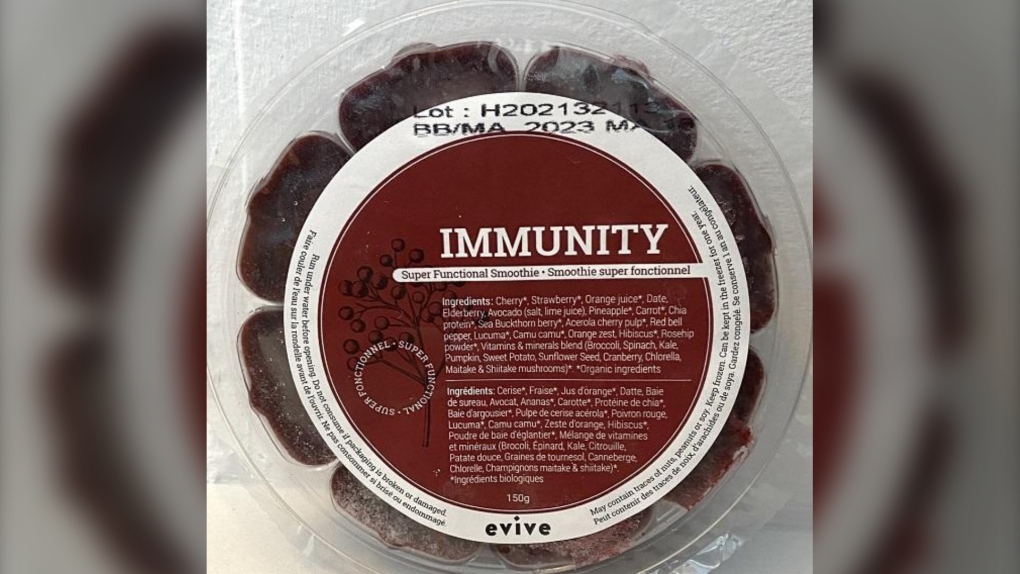 Some frozen smoothies are being recalled across Canada over concerns that they may cause cyanide poisoning.

Evive Nutrition Inc. is recalling three batches of its Immunity Super Functional Smoothie due to the presence of raw elderberries, the Canadian Food Inspection Agency (CFIA) announced on Friday.

These products come in 150-gram packages and have been sold online. The lots in question have the following codes.

The CFIA says the recall was triggered after consumer complaints and reports of illnesses associated with the product.

Elderberries, if uncooked, naturally contain cyanogenic glycosides. While the human body can deal with small amounts of cyanide, larger amounts can result in cyanide poisoning, potentially leading to death.

The agency says it is conducting a food safety investigation, which could result in the recall of other products. It is also verifying that the recalled products are being removed from the marketplace.