Frozen mango products recalled over concerns about hepatitis A contamination 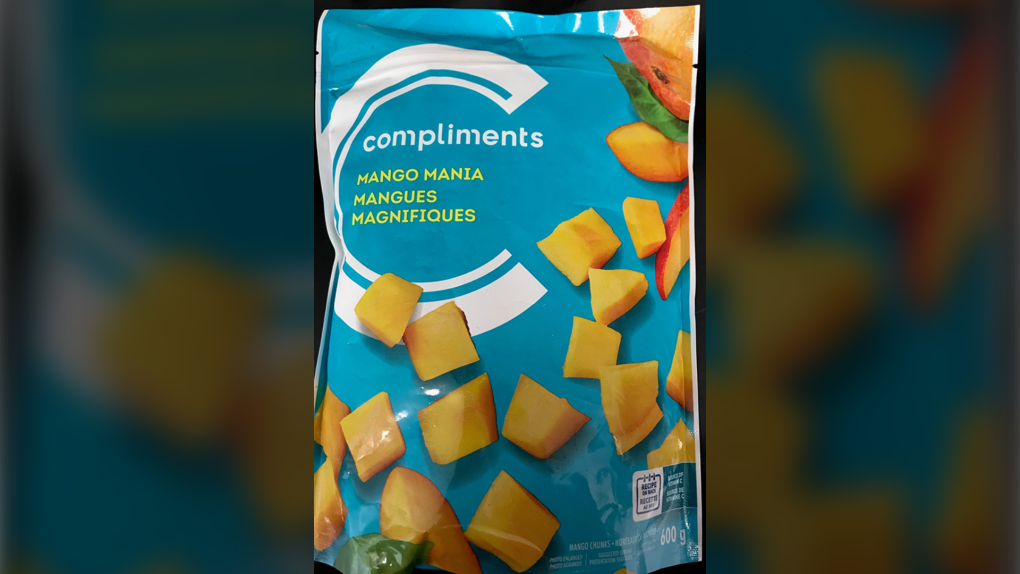 OTTAWA -- Health authorities are investigating an outbreak of hepatitis A infections linked to frozen mangoes.

The Canadian Food Inspection Agency is urging consumers to dispose of the recalled products, and contact their doctors if they have any concerns.

The Public Health Agency of Canada said Saturday it was collecting reports of hepatitis A infections related to the outbreak in Quebec and Nova Scotia.

The public health agency said two people who became sick said they ate frozen mangoes before falling ill, and leftover products collected from their homes tested positive for hepatitis A.

The CFIA says eating food contaminated with hepatitis A may cause mild illness that can appear about 15 to 50 days after the food was eaten. It often clears up on its own in a week or two, although it can last up to six months in some people.

The CFIA says the virus can cause inflammation of the liver, and symptoms may include fever, low appetite, nausea, vomiting, diarrhea, muscle aches and yellowing in the whites of the eyes and the skin.

More information on the recalled products can be found on the CFIA's website.