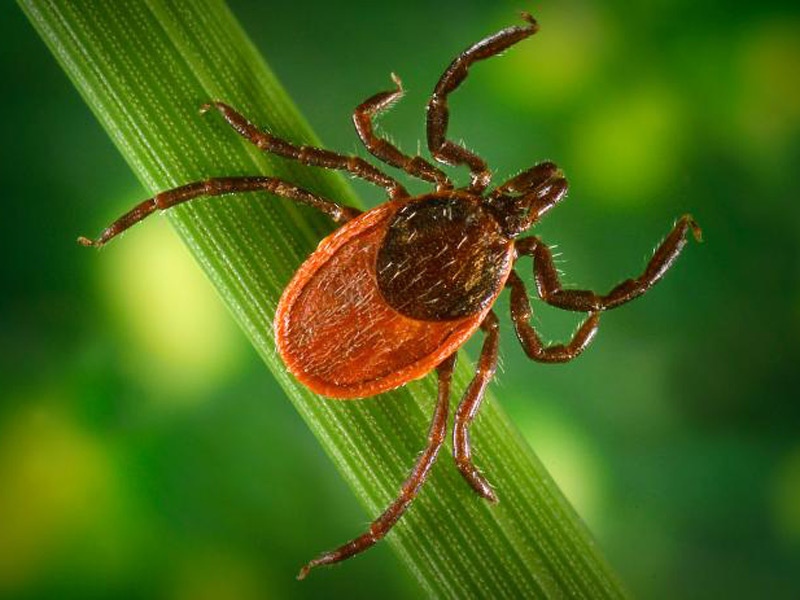 The blacklegged tick, I. pacificus, depicted here, is a known vector for the zoonotic spirochetal bacteria Borrelia burgdorferi, which is the pathogen responsible for causing Lyme disease. (Courtesy of the Centers for Disease Control and Prevention)

TORONTO -- A range of untested and unorthodox treatments for Lyme disease are being advocated or sold on the Internet, according to a new study that raises concerns about the appeal of these therapies to people who believe they have a controversial condition called chronic Lyme disease.

Urine therapy -- as in drinking one's own -- magnet therapy, stem cell transplants and a $13,000 device purported to rid cells of bacteria by beaming light through the skin are just a few of the more than 30 alternative treatments being promoted for Lyme disease on the web, the study reports.

When its authors checked the medical literature for proof the therapies actually work, they found no good evidence.

"Most of the cited treatments were never evaluated with any scientific study, although we did find that a few treatments were evaluated in studies that either were poorly designed or had unclear relevance to human disease," the authors wrote in the article, which will be published in the June 15 issue of the journal Clinical Infectious Diseases.

For instance, one study looked at using hyperbaric oxygen as a treatment for infection with Borrelia burgdorferi, the bacteria that cause Lyme disease. But the work was done in mice.

In fact, for most of the proposed therapies there was no biologic plausibility that they would work, wrote the authors, who hail from several U.S. academic and scientific institutions.

"While we did not have a way to show how frequently patients with Lyme disease pursue these treatments, we felt it was important that doctors treating them be aware that they are specifically targeted by a very diverse array of therapies," lead author Dr. Paul Lantos, of Duke University Medical Center, in Durham, N.C., said in an email exchange.

"Hopefully this will inspire doctors who treat patients with Lyme disease to ask their patients if they are seeing alternative providers and be equipped to provide counselling and answer patient questions."

The bacteria that cause Lyme disease are transmitted through the bite of infected black-legged ticks. Early symptoms are similar to those of many other ailments: fever, headache and fatigue. Infection does cause a distinctive bulls-eye rash, though it can be missed depending on where the tick bite occurs.

The infection can be cured with antibiotics, but if left untreated can spread to joints, the heart and the nervous system. The U.S. Centers for Disease Control says between 10 per cent and 20 per cent of infected people may have persistent or recurrent symptoms even after treatment and may require several weeks of antibiotic therapy.

When it comes to untested alternative treatments, however, the researchers raise particular concerns about their attraction to people who believe they have chronic Lyme disease -- a condition most medical experts say does not exist.

They are people who have not tested positive for the infection using tests approved by the CDC or the Public Health Agency of Canada, but who believe based on their symptoms that they have been infected. Some have positive test results from private laboratories that use assays that the government agencies say are not accurate.

The authors noted that the difficulty of finding answers to what is afflicting people who believe they have chronic Lyme disease can alienate these people from traditional medicine, propelling them towards alternative therapies.

Some of the advocated treatments are dangerous, the authors suggested, pointing to chelation therapy (treatment designed to neutralize toxic metals in the body) and intravenous silver infusions. Bismacine, an injected product that contains high amounts of the heavy metal bismuth, caused at least one death in the United States, in 2006; the U.S. Food and Drug Administration has warned against its use.

Some of the curatives are costly.

"In the authors' collective experience many patients have reported spending thousands of dollars on office-based purchases of nutritional therapies alone," the article noted.

And use of any of these unproven alternative therapies creates another problem, the authors warned: It can delay the process of identifying and treating the real cause of the person's symptoms.

"Those patients are suffering: they deserve our compassion and the best that science-based medicine has to offer, not just belief-based explanations and untested interventions," said Dr. Harriet Hall, one of the founders of the blog Science-Based Medicine .

Hall, who was not involved in the study, called it excellent.

"The paper points out that there is no evidence that 'alternative' treatments help these patients, and in most cases there isn't even any rationale for trying them," she said via email.