Parents in the Ottawa area have raised concerns with the city after their four-year-old son developed a blistering burn from picking a wild parsnip plant at a local park.

George Young’s hand broke out in big yellow blisters after he touched the invasive species on his way to a splash pad with his summer camp, according to his mother.

“I dressed his wound and then I called the city immediately,” Ashlyn Young told CTV Ottawa.

The plant, which has spread across the Ottawa region in recent years, produces a sap that can cause human skin to react poorly to sunlight, often resulting in intense burns, rashes or blisters.

George’s burns were so bad that his hand has been wrapped in bandages.

“My wife is in health care, but I’m not, so seeing these giant yellow blisters forming…I was panicked,” said George’s father, Stacy Young.

The city has been spraying the invasive plant in hopes of killing them, but those efforts have been hampered because the plant has gone from flower to seed, allowing it to spread easily, according to the city’s director of roads and parking services.

“We’ve almost completed the spray program [but] because the plant has gone to flower and to seed, it is ineffective at this time. So we suggest just stay away from the plant,” Laila Gibbons told CTV Ottawa.

While the city has posted signs in affected areas warning residents to steer clear of the plant, officials said it could take three to five years to eradicate wild parsnip.

HOW TO IDENTIFY WILD PARSNIP

Wild parsnip plants can grow up to 1.5 metres tall. They feature a single green stem, about two to five centimetres thick, and paired leaves that are shaped like mittens.

The plant often has a yellowish green flower that fans out from the top of the stem. 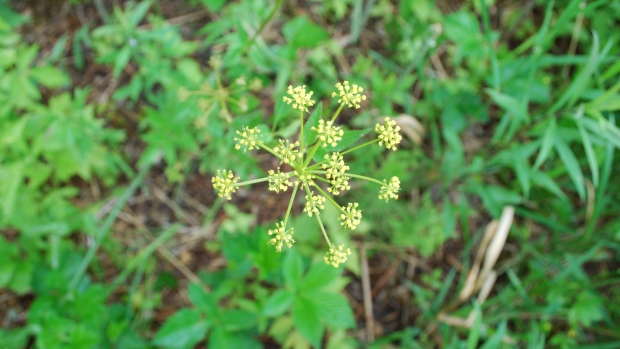