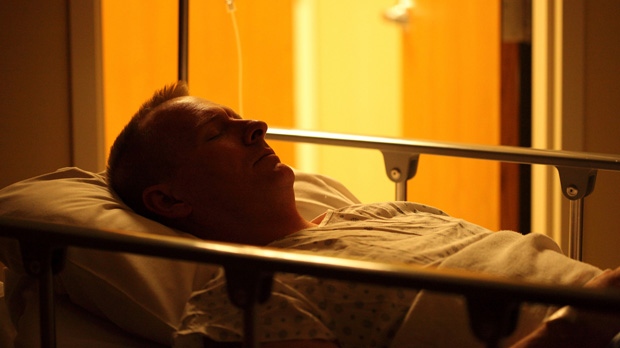 Families and mental health officials say CTOs are a lifeline in desperate situations. But critics say they are dangerously prone to misuse, and jurisdictions across Canada are confronting questions about them.

ST. JOHN'S, N.L. -- They're among the most coercive tools in medicine: community treatment orders can force people with mental illness to accept treatment -- or face arrest.

Families and mental health officials say CTOs are a lifeline in desperate situations. But critics say they are dangerously prone to misuse, and jurisdictions across Canada are confronting questions about them.

Newfoundland and Labrador is reviewing how it uses them, while in Alberta they are being studied as part of an overall review of the province's Mental Health Act.

In Ontario, meanwhile, a lawyer says such measures are being over-issued to "the point of abuse." Anita Szigeti, a Toronto-based mental health law specialist, said they have become a convenient tool of control.

"It's supposed to be limited to those who are most chronically unwell with a demonstrated history of revolving-door hospitalization," she said in an interview. "It's being used for many people, if not most people, upon discharge from psychiatric hospital. Routinely."

St. John's lawyer Joan Dawson, who represents a man with schizophrenia, said an order against him last September was imposed without proper notice. Her client at one point went with a police officer under threat of arrest without knowing he was under those provisions, she added.

"A police officer, if they're under order, can enter somebody's house and use physical force to take the person," Dawson said in an interview. "These are law-abiding people.

"The power of the state is huge. It must be balanced with all kinds of safeguards and, in our client's case, it didn't happen. It's appalling."

Szigeti said Ontario introduced community treatment orders in 2000 as a less restrictive approach that would typically help about 250 patients in the province avoid involuntary hospital stays. Today, between 5,000 and 6,000 orders are in effect, she said.

Compulsory treatment has strong proponents, especially among psychiatrists and family groups who've watched loved ones refuse help while in the throes of psychosis.

Legislation with community treatment options is in place across most of Canada. It helps ensure patients under such orders, usually renewed every six months and with varying consent requirements, follow medical regimes or be forced back in care. A task force was announced last fall in New Brunswick to craft similar measures in that province.

But Szigeti said most of her clients resent orders that are difficult to get lifted once issued.

"They are overused to the point of abuse."

Some patients flee the province and cut off all ties with family to escape those controls, she added.

"A lot of the procedural rights and protections that are supposed to be part of the checks and balances to safeguard civil liberties ... are simply not being used."

A spokesman for Ontario's Ministry of Health said it would take at least two weeks to confirm how many CTOs are in effect. David Jensen also said in an emailed statement that mandatory five-year reviews assess how rights advice is provided.

The most recent review in 2012, by research firm R.A. Malatest & Associates Ltd., noted that orders can be issued for patients who have not been reminded of their legal rights, so long as advisers "make their best effort to contact the consumer."

It also found the number of orders had grown to more than 3,200 by 2010 from an estimated 459 in 2003. It cautioned that with increased comfort with their use "comes the risk of straying from the original purpose of the CTO."

Health officials in Newfoundland and Labrador are now reviewing how the orders are used after the Mental Health Care and Treatment Review Board nullified one involving Dawson's client, a 58-year-old man with schizophrenia.

"There appears to have been little to no effort made to ensure compliance with the legislative safeguards, and no mechanism to trigger the automatic review provisions for CTOs," says the ruling, released Feb. 16.

"As stated by the psychiatrist in this matter, there are no CTO protocols or processes in place to ensure compliance with the (Mental Health Care and Treatment) Act."

Those oversight lapses came eight days after a provincial Supreme Court decision last September in a case involving the same man, Dawson said. Judge William Goodridge ruled a previous CTO was also invalid in part because the psychiatrist did not provide supporting facts that the man met required criteria.

Safeguards to protect vulnerable citizens from "significant state intervention in the context of no criminal activity" must be upheld, Goodridge wrote.

"There is no option for non-compliance or partial compliance with these provisions."

Alberta Liberal Leader David Swann, a former family physician and public health consultant, is part of an ongoing five-year review of that province's Mental Health Act. Concerns about rights protections have come up there too, he said in an interview.

"They're an important contributor to helping patients who are otherwise unmanageable," he said of CTOs used in the province since 2010. "They're also a potential threat to individual rights and freedoms that we have to watch very carefully."