'Foraging for formula': How food insecurity puts newborns at risk 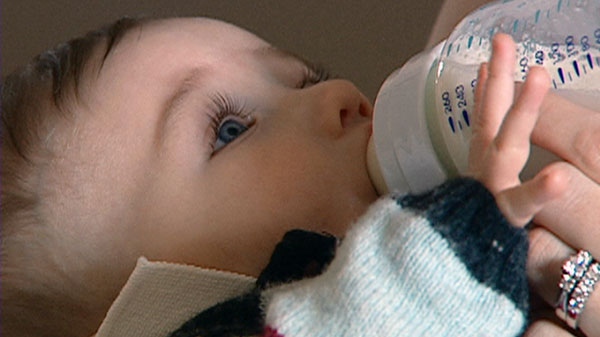 Mothers of infants are particularly vulnerable to the effects of food insecurity.

Canada needs to establish better methods to support food insecure families with newborns, according to a sociology professor who warns that the high cost and often limited availability of infant formula can have negative effects on babies’ health.

Lesley Frank, an associate professor of sociology at Acadia University, said mothers of infants are particularly vulnerable to the effects of food insecurity because they’re often malnourished, which makes breastfeeding difficult. As a result of this, mothers resort to feeding their children formula, Frank said.

“Mothers who could most benefit financially from breastfeeding are less likely to do so and when that happens, they need to use infant formula and that’s unaffordable in Canada and difficult to access,” she told CTV’s Your Morning from Wolfville, N.S. on Tuesday.

Frank said food insecurity is measured by Statistic Canada’s Canadian Community Health Survey and refers to inadequate or insecure access to food because of financial constraints.

In Canada, food insecurity affects more than four million people – or one in eight homes, according to the survey.

For those mothers who can’t breastfeed and give their babies formula instead, Frank said they often have to turn to charitable organizations, which can be unreliable.

Frank said mothers might visit their local food bank in search of formula and if it’s not available there they might have to try other avenues, such as calling a church, asking their family doctor for a sample of formula they might have in the office, or asking a family resource centre for help. She described this occurrence of moving from one charity source to another as “foraging for formula.”

“Mothers don’t know what they’ll get and it’ll be different depending on where you are in the country,” she said.

In addition to the burden of finding enough formula, Frank said mothers often have to take whatever is available to them, even if it’s not the right product for their child. She said babies are often switched from one formula to another – dependent on what is available at the time – which can be hard on the infants’ digestion.