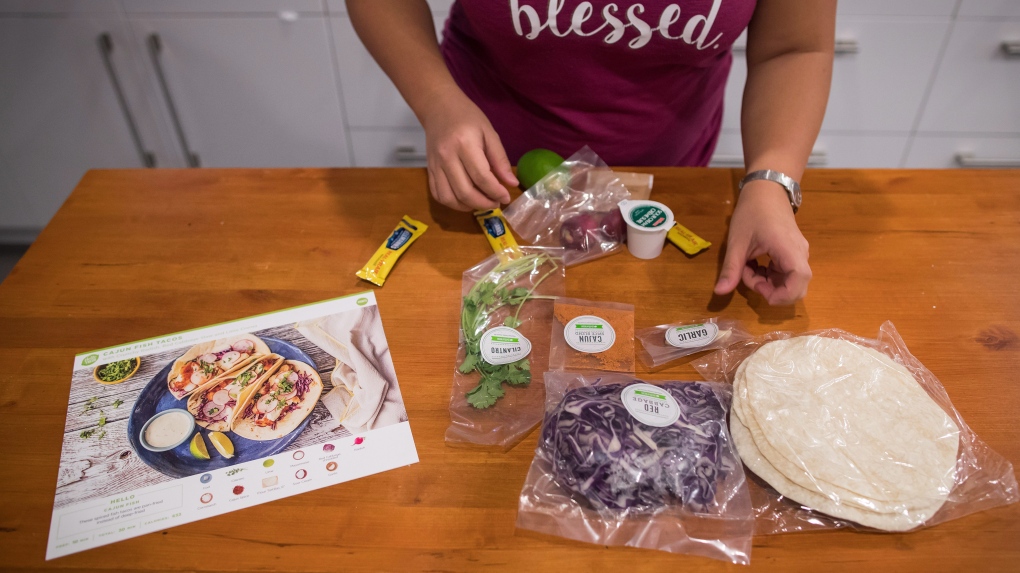 Jayne Zhu lays out ingredients along side an instruction card before preparing a Hello Fresh cajun fish tacos meal kit, at her home in Vancouver, B.C., on Wednesday December 6, 2017. (THE CANADIAN PRESS/Darryl Dyck)

Canada’s food safety watchdog is investigating after chilies in certain ready meals were found to be at risk of salmonella contamination.

The Canadian Food Inspection Agency (CFIA) announced the recall of red chilies in some Hello Fresh and Chefs Plate meal kits, because they may contain salmonella bacteria, which can cause diarrhea, fever, abdominal cramps and vomiting.

“Food contaminated with salmonella may not look or smell spoiled but can still make you sick,” the CFIA wrote on its website.

There have been no reported illnesses connected to these products, CFIA said.

CIFA recommends recalled products are thrown out or returned to the store where they were bought.

This recall was triggered by Hello Fresh Canada.