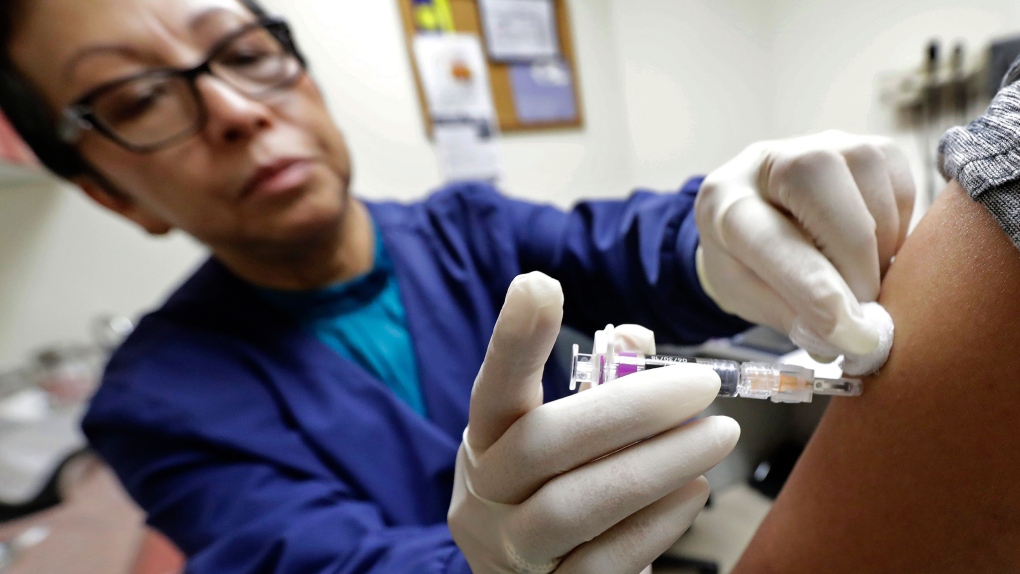 TORONTO -- As flu season descends upon Canada, the Public Health Agency is reporting an uptick in outbreaks and hospitalizations.

The health agency puts out FluWatch, a weekly report that looks at influenza activity across Canada. The latest report shows that annual flu season is ramping up with 724 laboratory detections of influenza in the first week of December – the highest so far this year.

The flu is also spreading to more regions. Sixty-four per cent of regions across the country reported at least some influenza activity between Dec. 1 and Dec. 7.

The beginning of December also saw a spike in flu outbreaks. Ten new outbreaks were confirmed in one week at long-term care facilities, schools and acute care facilities, tying the season’s record from the previous week. There have been 45 outbreaks reported since August.

In the first week of December, 24 laboratory-confirmed flu cases among patients younger than 16 were reported. That’s slightly more than the average of 22 cases.

Different types of influenza are seeing an unexpected boost as well. Although influenza A is the largest culprit for the increase in hospitalizations, the FluWatch report pointed out that the percentage of tests positive for influenza B is almost a full three per cent higher than is normally seen at this time of year, at four per cent, as opposed to the average of 1.1 per cent.

“The proportion of detections that are influenza B has been increasing over the past four weeks,” the report states. “The current level of influenza B activity is not normally seen until January or February.”

Cases of influenza B tended to show up in younger age groups, with 61 per cent of those cases showing up in patients younger than 20.

The FluWatch’s purpose is to monitor for outbreaks and inform the public as soon as possible. More detailed information can be found on the government’s website.