Flu season in Canada: Spike in influenza B cases reported amid first deaths 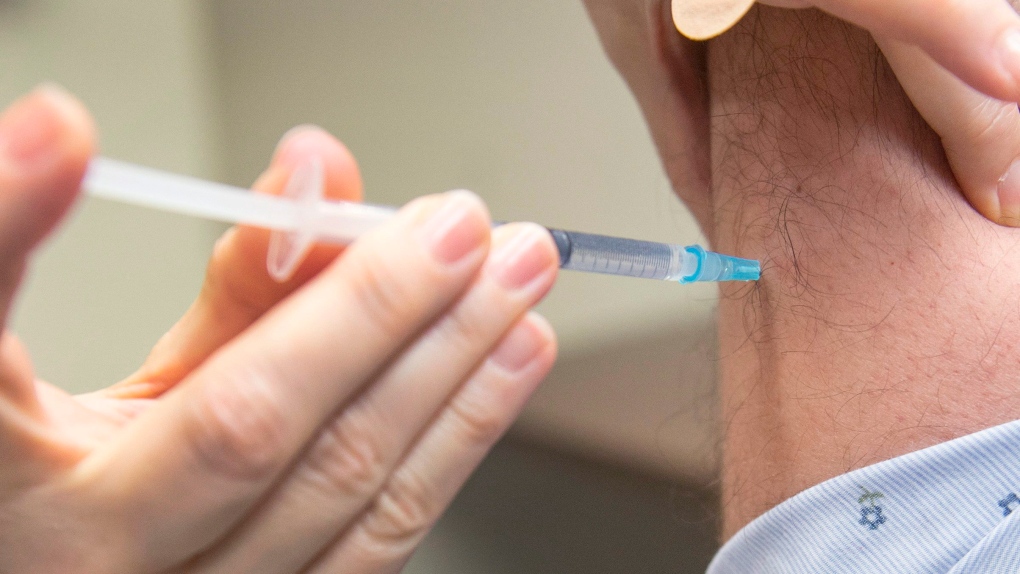 A flu vaccine is injected in Montreal, on Tuesday, Dec. 5, 2017. (THE CANADIAN PRESS/Ryan Remiorz)

TORONTO -- The Public Health Agency of Canada is reporting a significant increase in influenza outbreaks. A total of 162 outbreaks were reported in a three-week period, according to the agency’s report that looks at influenza activity across Canada.

Strains of both influenza A and B are circulating and have resulted in deaths across Canada. A student has died in Winnipeg due to influenza complications, while two deaths have been reported in New Brunswick. There has been one influenza-related death in Ottawa, according to the Ottawa Public Health Agency.

FluWatch, the report by Canada’s public health agency, found that between Dec. 15, 2019 and Jan. 4, 2020 there were 258 pediatric hospitalizations linked to the flu.

“The sharp increase in the number of cases in recent weeks is likely due to the concurrent circulation of influenza A and B this season,” the report indicates.

PHAC also found that cases of influenza B are circulating at higher levels than usual and earlier in the year. According to FluWatch, cases of the strain are usually reported in February or March.

The strain is also affecting a primarily younger age group, with 59 per cent of influenza B cases affecting people under the age of 20. Thirty per cent affected people between the age of 20 and 44.

Cases of influenza A remain the “predominate circulating type,” according to FluWatch.

“The majority of hospitalizations have been due to influenza A (90 per cent), and among those subtyped (68) 87 per cent were influenza A(H1N1),” the report reads.

On Tuesday, a spokesperson from the Winnipeg School Division confirmed that Grade 12 student Blaine Ruppenthal died due to complications from influenza.

“We are shocked and deeply saddened by the news of his passing,” Ruppenthal’s principal wrote in the letter sent to parents and guardians.

Some patients in Winnipeg were sent to hospitals outside the city because of the high volume of people affected by cases of influenza A and B.

In New Brunswick, two deaths have been reported.

Dr. Chris Goodyear, president of the New Brunswick Medical Society, says “it’s not too late to get the flu shot if you haven’t already gotten one.”

"If you fall in the at-risk population, or the elderly population, we encourage you to go out and get your flu shot absolutely,” he told CTV Atlantic.

Ottawa Public Health said there has been one influenza-related death on Monday.

Ottawa’s children hospital CHEO, is reporting more than 65 cases of influenza B compared to only three for this time of last year. They are also seeing a spike in cases of respiratory syncytial virus (RSV), a lung infection that usually affects children.

The best defence against influenza is vaccination, say health officials.