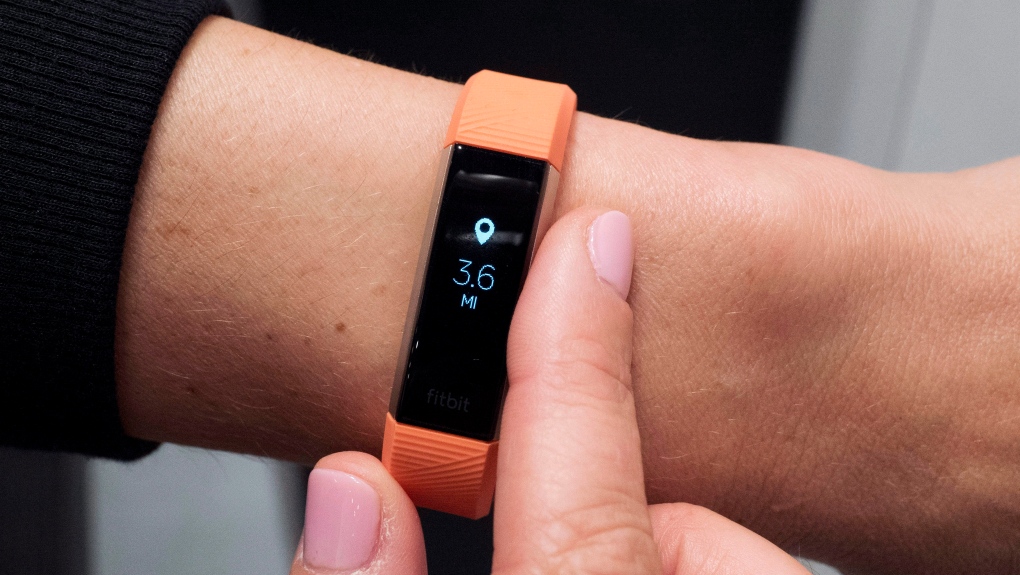 The study, published in The Lancet Digital Health journal on Thursday, reviewed data from 200,000 Fitbit users for at least 60 days from March 2016 to March 2018.

They used an individual’s resting heart rate and sleep duration and noted if there were abnormalities that were outside a user’s typical range.

Lead researcher Jennifer Radin says that resting heart rate tends to spike when an individual is sick and drops back down to normal after they’ve recovered.

Radin and her team compared the Fitbit data they had to the CDC’s weekly influenza surveillance report that tracks flu activity in the U.S.

“Our goal was to see when we added in this Fitbit variable, which included the proportion of people with abnormal data compared to their individual norm, whether that improved predictions in real-time,” Radin, a senior staff scientist at Scripps Research Translational Institute in U.S., told CTVNews.ca in a phone interview Wednesday.

The researchers found that incorporating data from the wearable devices improved real-time flu predictions in the five states included in the study: California, Texas, New York, Illinois and Pennsylvania.

In addition, Radin notes they picked Fitbit because they have a longer battery life than other devices so people aren’t taking it off as often to recharge. “That gives us better long-term data,” she says.

Radin notes that there were a few limitations to their study, but they’re at the beginning stages of building a model that will help with real-time flu predictions.

“The main limitation we had was that we didn’t actually know which individuals in our study had influenza-like illness or the flu, we were just correlating the proportion that had abnormal Fitbit data with CDC influenza-like data,” she said.

The researches also didn’t have any data on children and their heart rates.

“Flu typically has the highest impact on children and the elderly and we didn’t have data on whether infants were getting elevated heart rate,” Radin says.

In the study, the Fitbit users were predominately middle aged and more than half were female.

Despite the limitations, Radin says this model can help public health responders stop the spread of infection.

“If we know there’s a flu outbreak going on in a particular region, we can make sure people are getting vaccinated or encourage people to stay home if their sick so they’re not spreading the infection to a neighbour,” she explained.

Radin says her team plans to do a perspective study.

“We want to enroll individuals into our study and follow them and identify who gets sick, which one doesn’t and look at the changes in their wearable devices,” she said.

Radin is hopeful that with access to more data in the future, they will be able to refine their real-time flu prediction model.

“With a more refined model, we could potentially give people a warning that their data indicates that something might be up with their health, which may or may not indicate an infection,” she said.