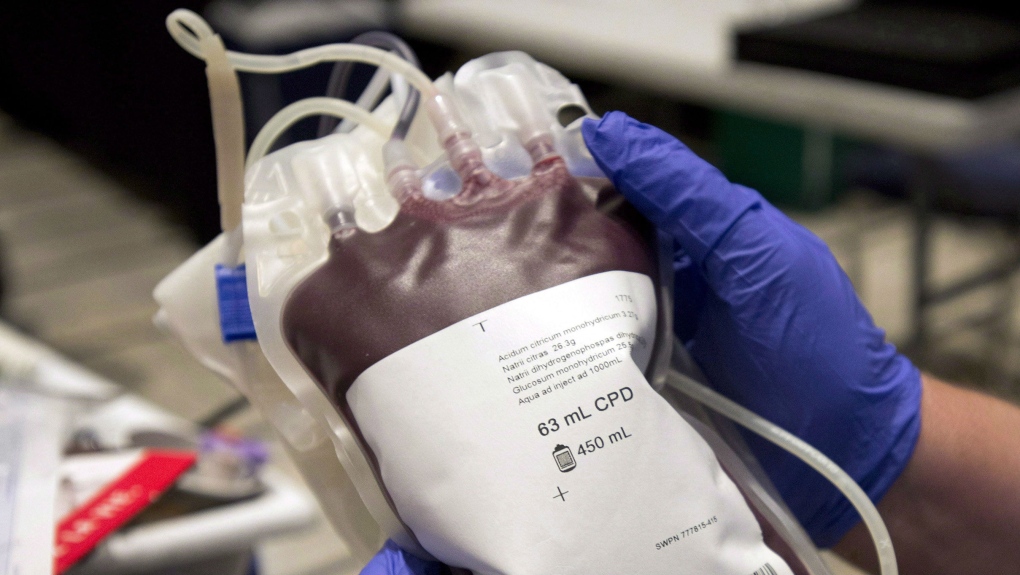 A bag of blood is shown at a clinic in Montreal in November 2012. (Ryan Remiorz/THE CANADIAN PRESS)

U.S. regulators on Tuesday recommended lifting the lifetime ban on blood donations by gay men and replacing it with a one-year waiting period after the last sexual contact.

The new draft guidance by the Food and Drug Administration comes on the heels of a meeting in December convened to discuss whether the ban -- initiated during the emergence of the AIDS epidemic in 1983 -- was still necessary.

Improved blood tests and the recent success of Australia, which saw no change in risk to the blood supply five years after replacing its lifetime ban with a one-year deferral, were cited by the FDA as reasons for making the change in recommendations.

Men who have sex with men in the United States make up about seven per cent of the population and 2.6 per cent of blood donors, according to the FDA.

Experts began reconsidering the lifetime ban due to complaints that it was discriminatory and simply an outdated policy, given advances in science that have made it quicker and easier to diagnose HIV.

Under the new recommendations, people who have ever traded money for sex or injected illicit drugs would still be banned from donating.

The draft guidance is a non-binding recommendation that is open for a 60-day comment period before taking effect.