Electric fans might may make seniors hotter in extreme heat 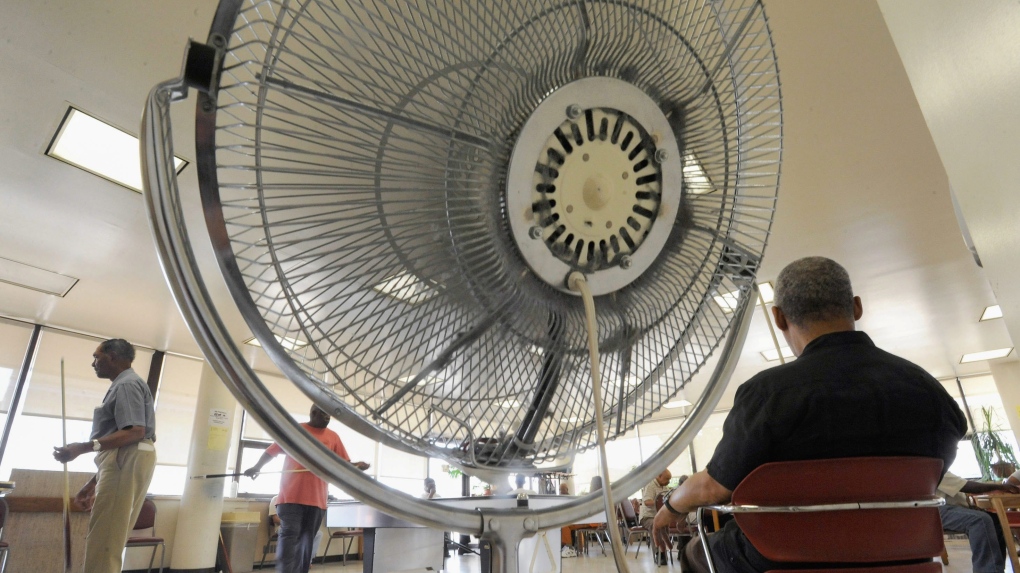 CHICAGO -- True or false: Electric fans are a cheap and effective way to stay cool during extreme heat waves. A tiny new experiment in older adults suggests the answer may not be as simple as it seems.

It's an important issue, particularly for seniors and sick people, whose bodies struggle to adapt to extreme temperatures that are becoming more common as the climate changes. The results of the experiment suggest that fans may be less effective for those 60 and up than in younger people during triple-digit heat because older people don't sweat as much.

The authors don't want anyone to stop using fans in normal hot weather, though, and they caution that their conclusions are not clear-cut because they studied so few people at just one extremely high temperature.

Eight adults aged 60 to 80 years agreed to sit for about two hours in a chamber resembling a walk-in freezer, only it was heated to 107 degrees. Researchers used a steam generator to gradually increase humidity to 70 per cent. The participants sat with a 16-inch electric fan in the chamber on one day, and came back another and sat without the fan.

Fans seemed to make things worse. Participants' heart rates were 10 beats per minute higher on average and their body temperatures were almost half a degree higher with the fan than without it. Those small changes aren't dangerous in the short term, but over a longer period of time they can stress the heart, said study co-author Craig Crandall, a UT Southwestern Medical Center researcher.

Fans had the opposite effect on young adults subjected to the same conditions in an earlier experiment. Fans helped keep their body temperatures and heart rates down.

The new study was published Tuesday in the Journal of the American Medical Association.

The results likely boil down to sweat: Perspiring is how the body avoids overheating. Sweat evaporating on the skin's surface acts like a natural air conditioner, cooling the body. Fans can boost that evaporation by blowing more air over damp skin, Crandall said. But older adults don't sweat as much in hot weather, depriving them of the cooling effect and making them more prone to heat-related illness. For them, using fans in extreme heat might just push more hot air over the skin, Crandall said.

As humidity increased in the chamber, participants reported that they felt just as hot with the fans as without.

Fans may be beneficial for the elderly at more normal hot temperatures, but it's unclear what the upper limit is, Crandall said.

Older adults facing heat waves should seek out air-conditioning -- if not at home then at a friend's house, community centre, shopping mall or movie theatre, Crandall said. Drink plenty of fluids, too. And don't get the idea that electric fans are forbidden, he said. "The last thing we want is for people to stop using fans when it's 95 degrees out," he said.